Glossmeter Made for Speed, Data Loads

Elcometer has rolled out a hand-held gloss measurement tool that is designed for speed and can store up to 40,000 readings. 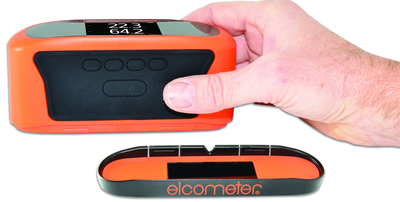 Elcometer
The Elcometer 480 give users real-time gloss values and stores up to 40,000 readings, according to the Manchester, UK-based company.

According to the Manchester, UK-based company, the Elcometer 480 can:

Each gauge is compatible with ElcoMaster data management software, which allows users to combine gloss measurements with other key parameters like coating thickness and adhesion.

The company says the Elcometer 480 is compatible with iPhones through the 5S and Android devices running Android software 2.1 and higher.