Australia: Rising Sea Will Cost $226B

With most of its resources close to the coast, Australia faces havoc with its infrastructure and, possibly, its economy in the decades to come, scientists warn.

The "sleeping giant of climate change" will potentially expose $226 billion in commercial, industrial, road and rail, and residential assets to flooding and erosion, according to "Counting the Costs: Climate Change and Coastal Flooding," the latest report from Australia's Climate Council. 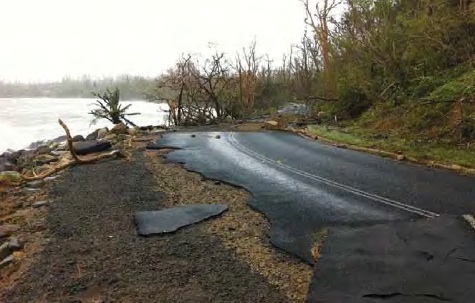 Flickr / Paul Toogood via the Climate Council's report
Climate change and an increase in sea levels could cause an estimated $51 billion to $67 billion in damage to Australia's roads and rails, according to a new report from the Climate Council.

The Climate Council is an independent, crowd-funded organization that provides information on climate change to the Australian public. The council succeeded the Australian Climate Commission when a new government took office in 2013.

While the scientists said this is the high-end projection, they called it "quite plausible," adding that it "is a scenario for global economic collapse."

According to the report, the global average sea level rose by 17 centimeters (6.69 inches) throughout the 20th century.

Coastal assets at risk, and their 2008 replacement value, include:

Those figures don't include thousands of residential buildings, worth an estimated $72 billion, that face destruction, the report said.

Additionally, within 200 meters of the coastline, the country has 120 ports; five power stations; 258 police, fire, and ambulance stations; 75 hospitals and health centers; and 44 water and waste facilities.

Daily Flooding in the Future

The report said sea level is likely to increase by 0.4 meters (15.7 inches) to 1.0 meter (39 inches) through the 21st century. An increase of 0.5 meters would mean that 100-year flood events would occur every few months.

Sydney, the most populated city, is particularly vulnerable and would see those floods "every day or so" by 2100.

"If you look at some of our most vulnerable areas, and the Sydney region is one of those, you would say toward the end of this century that a one-in-100-year flood is going to be happening every few days," Professor Will Steffen, the report's lead author, told ABC Radio Australia.

"That's an impossible situation to cope with."