From its community service and labor practices to its urban focus and product stewardship, AkzoNobel NV remains the corporate sustainability leader in the worldwide materials industry, according to a new Dow Jones ranking.

For the third consecutive year, the paint, coatings and specialty chemical giant has topped its industry in the influential Dow Jones Sustainability Index.

The Netherlands-based multinational led more than 350 companies worldwide in the Materials category in the 15th annual rankings, announced Thursday (Sept. 11). 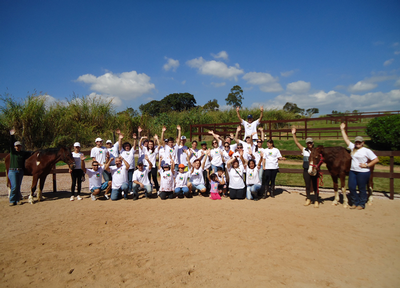 AkzoNobel
More than 11,000 employees worldwide have volunteered on more than 2,200 projects in

The global index is the first "to track the financial performance of the leading sustainability-driven companies worldwide based on an analysis of financially material economic, environmental, and social factors," according to Dow Jones.

The Materials category includes paint and coating manufacturers, manufacturers of construction materials and chemicals, and other industry-related raw-material makers.

More than 3,000 companies worldwide are invited to participate in the assessment, which is conducted by RobecoSAM, a Swiss investment specialist focused on sustainability investing. This year, 818 companies participated.

With its results, RobecoSAM identifies the top company in each of 24 industry groups. This year, only one of those industry leaders, Abbott Laboratories, is based in the United States.

Individual participation and results were not publicly released, however.

Dow Jones did note that 16 companies had been named to the world index in each of its 15 years. They include Bayer AG, the German parent company of Bayer MaterialScience and other companies.

This was AkzoNobel's third straight year atop its industry. In 2012, the company was named “Supersector Leader” for the global chemical industry. Last year, it was selected as Industry Leader in the newly renamed Materials category.

The company, which produces more than 2,000 specialty chemicals, has ranked in the world index's top three positions for nine years. The $17.5 billion manufacturer has nearly 50,000 employees worldwide.

The company is comprised of three divisions—Decorative Paints, Performance Coatings, and Specialty Chemicals—which, respectively, make up 28, 38 and 34 percent of its revenues. Until AkzoNobel sold its North American architectural coatings business to PPG Industries in 2013, the Dutch company was the largest paint and coating maker in the world.

In June, AkzoNobel announced its Human Cities Initiative, aimed at "improving, energizing and regenerating urban communities across the world." The project's mission is to create more “human” urban environments, through color, heritage, transport, sport and leisure, education and sustainability.

In RobecoSAM's assessment of AkzoNobel, analysts said the company's "distinguished sustainability performance over the last several years is a reflection of its continued efforts to ensure that its financial performance is driven by its commitment to environmental, social and governance factors."

"In addition to seeing year-on-year increases in revenues from its eco-premium labeled products—up from 22% in 2012 to 24% in 2013, approaching its target of 30% by 2015—Akzo Nobel also continues to profit from implementing its Performance Improvement Programs that target sustainability issues across the board," the assessment said.

Those sustainability concerns range from "improving operational eco-efficiency to ensuring that its business is able to attract, develop and retain talented employees," the assessment said.

AkzoNobel CEO Ton Büchner credited employees for the honor and said the company was using the annual assessment "to continuously improve our sustainability performance, so that we are better equipped to provide solutions for the increasing needs of the planet's growing population."

Büchner said sustainability "will remain fundamental to our strategy of connecting value creation to resource efficiency...."

In a reference to the company's rocky past few years (a cost-cutting Performance Improvement Program was launched in 2011), Büchner said: "We have to remain fully focused on further improving our performance, so that we can take the next major leap forward on our journey to creating more value from fewer resources.

"The more we innovate and up our game, the more capable we are of meeting our customers’ needs."