Aiming to avert simple mistakes that can kill or maim untrained workers in their first day on a job, the U.S. has issued new guidance for employers charged with safety.

To head off such problems, the agencies have released Recommended Practices for protecting temporary workers in construction and other fields. 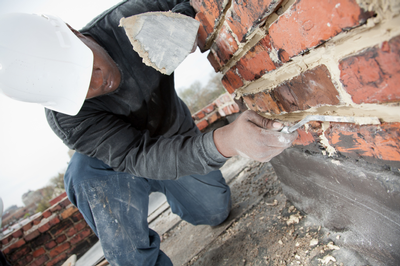 More than 2.5 million people fill temporary positions in more than 90 percent of U.S. companies—often in hazardous jobs, researchers reported in 2007. Many temp workers are treated as second-class citizens by their permanent counterparts and employers in terms of wages, training and social status on the job, authorities say.

Temporary workers actually have two employers, OSHA and NIOSH note: the staffing agency that dispatches them and the host company that uses their services. The new guidance serves in part as a wake-up call to both companies about their individual and shared responsibilities in such situations, the agencies say.

The publication's goal is to ensure that temporary workers receive the same protections and training as existing workers. Both staffing agency and host employer, for example, are responsible for Illness and Injury recordkeeping for temporary workers.

OSHA and NIOSH cite "numerous preventable deaths and disabling injuries" among temporary workers, including some killed in their first days on a job, frequently due to insufficient training. OSHA's Temporary Worker Initiative, launched last year, includes outreach, training and enforcement.

"Workers sent by a staffing agency to a worksite deserve the same level of protection from workplace hazards as the host employer's workers do," said Dr. John Howard, NIOSH director.

"Recognizing that temporary workers are often new to the workplace to which they are sent, we believe these recommended practices will provide a strong foundation for host employers and staffing agencies to work together to provide a comprehensive program that protects the safety and health of all workers."

The new guidance recommends that staffing agency and host employer contracts "clearly define the temporary worker's tasks and the safety and health responsibilities of each employer."

Staffing companies are advised to:

In addition, OSHA requires that training be site- and task-specific, and delivered in a language that the worker understands

Host employers are responsible for providing training that is "identical or equivalent" to that provided to employees who perform the same work.

More information and resources on temporary workers are available here.