A new coating containing silver nanoparticles has been found effective in reducing germs on nurse call buttons, bedside tables, and other high-touch surfaces in hospital rooms.

The study, by researchers at the University of Iowa Hospitals and Clinics, suggests that the coating may limit surface contamination and prevent infection in some healthcare settings.

"The results of our study suggest that this coating can decrease the number of germs—particularly Staph bacteria—contaminating surfaces in hospital rooms," Dr. Loreen Herwaldt told FirstWordPharma.com at the 54th Annual Interscience Conference on Antimicrobial Agents and Chemotherapy (ICAAC), where the research was presented. 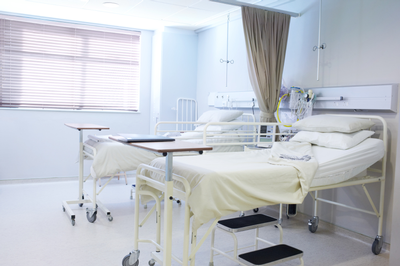 ©iStock / STEEX
The researchers coated high-touch surfaces in five patient rooms on an organ transplant unit. The coating contains nanoparticles that release silver ions that are microbicidal upon contact.

"This finding is important, because environmental surfaces may be a source of infectious agents for hospitalized patients, and products that limit surface contamination might be a useful measure for preventing infections."

The proprietary coating, called NG3982 by its manufacturer, contains nanoparticles that release silver ions that are microbicidal upon contact.

The researchers cultured the surfaces weekly for 16 weeks to assess the number and type of germs (bacteria and fungi). In all, data were obtained from 320 coated and 320 uncoated surfaces.

Adjusting for a clustering effect, "surfaces in coated rooms had 31% fewer total CFU than the uncoated rooms," the team reported.

Staphylococcus aureus, a common cause of bacterial disease in humans, and its drug-resistant MRSA strain "were found significantly less frequently on coated areas than on uncoated areas," the team said.

The coating made less of a difference with the bacteria Enterococcus and Candida, which were found in equal frequency on coated and uncoated surfaces, the researchers said.

The coating also seemed more effective on bedside tables and nurse call buttons in "differences that were close to the level considered to be significant," the researchers said.

"These preliminary findings suggest that further studies are warranted to assess whether this coating could be an effective infection prevention measure," Herwaldt said.
Tweet