A sweeping plan to collect years of sales and formulation data on paints and coatings in California is not sitting well with manufacturers.

And the new round of VOC-cutting that may follow is unlikely to help.

The data collection would involve California's largest product survey initiative ever—a multiyear effort that could lay the foundation for additional reductions in VOC emissions, according to the American Coatings Association, which is sharing the plan with members on its website. 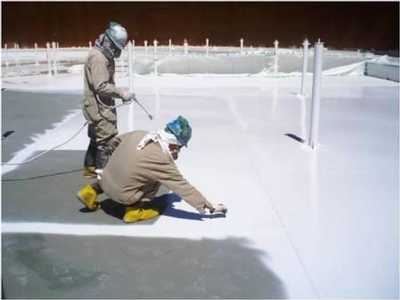 The survey will include architectural and industrial maintenance (AIM) coatings, consumer and commercial products, and aerosol coatings sold in or supplied to California.

According to the ACA, the upcoming California Air Resources Board (CARB) survey "will require manufacturers’ and suppliers’ participation in a multi-year data collection" that will include "sales and product ingredient data, including information on volatile organic compound (VOC) content...."

CARB will use the survey results to "update the state's inventory of emissions of VOCs and low-vapor-pressure VOCs (LVP-VOCs), after which it will determine the feasibility of further reducing VOC emissions," according to ACA.

CARB says the data are needed "to establish the scientific basis for the clean air plans and related rulemaking to address the stricter national standards for ozone and fine particulates,” according to ACA.

CARB has posted the materials for the Consumer Products Survey here. A CARB spokeswoman said by email Friday (Sept. 5) that the architectural coatings survey was "still under development."

The spokeswoman said the board had had "some initial meetings" with the coatings industry, "but we're still working on that survey and we have not posted anything."

Still, the coatings survey is in the works. The spokeswoman noted that some companies will have to respond to both surveys.

California's coatings regulations are closely watched nationwide and frequently serve as a bellwether for changes elsewhere around the U.S.

According to ACA, the CARB survey will encompass seven categories:

Companies will have until March 1, 2015, to submit sales and detailed formulation data for products used by households or institutional consumers sold in or supplied to California during 2013, according to ACA. Sales data also must be reported in 2014 and 2015, "but only for formulations with VOC contents that have a weight change greater than 0.5 percent."

CARB will allow grouping of similar products for reporting "as long as the variation in VOC composition is less than 0.5 percent by weight and variance of non-VOC ingredients is less than 1 percent," ACA says. Different sizes of products with the same formula may also be grouped, as can some products with different colors or botanical extracts.

ACA says it and other industries "raised several concerns" about the survey at a Aug. 27 stakeholder meeting hosted by CARB.

ACA said the March 1, 2015, deadline would be difficult for the many companies that must complete all three surveys: AIM, Consumer Products, and Aerosol Coatings. The groups also noted that several other major regulatory reporting requirements will come due about the same time.

Those include a June 1, 2015, deadline for labeling changes to comply with the Occupational Safety and Health Administration's (OSHA) adoption of the Globally Harmonized System of Classification and Labelling of Chemicals.

ACA said it had "also opposed the proposed survey requirement to submit all product labels, since product labels are constantly changing."

"Given the GHS relabeling effort, ACA maintained that the CARB reporting requirements are too burdensome for very little benefit," the organization said.

CARB contends that the data are necessary and, for now, the plan stands, according to ACA.

ACA said that due to its efforts, companies supplying and selling aerosol coatings and aerosol adhesive products need to report sales data only for 2013. "ACA was successful in convincing CARB to delay further survey for this category of products until 2017," the group said.

According to ACA, details of the AIM coatings survey are still being worked out, but the tentative survey release date is Oct. 15, 2014.

CARB is not the only California agency taking a new look at coating VOC emissions. In April, ACA warned that the nation’s toughest VOC rules on field-applied paints and coatings could be changing again soon.