The deal, which will require approval by Balfour Beatty shareholders, includes an assumed cash retention of £67 million ($110 million USD) by Parsons Brinckerhoff.

"The board believes that the sale price of £820 million delivers both a significant return on our original investment and a compelling level of value creations for shareholders—which remains the key focus of the board," said Steve Marshall, executive chariman of Balfour Beatty. 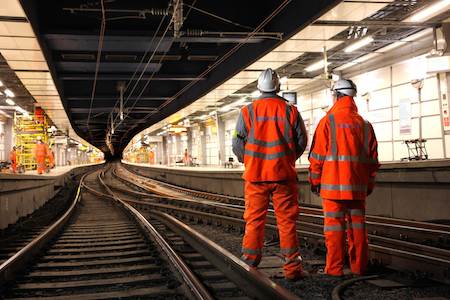 The sale is subject to certain antitrust and other approvals, but Balfour Beatty expects it to be completed in the fourth quarter.

WSP is a global professional services company for a wide range of markets, including buildings, energy, oil and gas, transportation, industrial and commercial.

Pierre Shoiry, President and CEO of WSP, said, "We are pleased to be joining forces with a firm of Parsons Brinckerhoff's long-standing reputation and know-how, as we expect this transaction to create an industry leader, with the ability to deliver more expertise and services to our client base across the world."

In May, Balfour Beatty announced that a strategic review had led it to evaluate options for selling Parsons Brinckerhoff. At the same time, the company announced that CEO Andrew McNaughton had stepped down, effective immediately.

"The sale of Parsons Brinckerhoff follows the recent revaluation of our investments portfolio, which underlines the potential of this division to create value interally and across the group," Marshall said.

The desire to sell Parson Brinckerhoff shut down merger talks between Balfour Beatty and UK-based Carillion, despite an already announced agreement on a £3 billion ($5 billion USD) deal.

The companies jointly announced the merger July 24, only to nix the agreement one week later due to a disagreement over the terms.

Balfour Beatty said it took issue with Carillion's "wholly unexpected decision to only progress the possible merger in the event that Parsons Brinckerhoff remained part of the potential combined entity."

While Balfour Beatty said this move contradicted what was agreed upon in preliminary discussions, Carillion stated that its board concluded that retaining the "stability and dependability of Parsons Brinckerhoff's earnings" would be essential to for the merger to satisfy its requirements.

Minus about £80 million in taxes and fees, Balfour Beatty up to £200 million of the proceeds will be returned to shareholders, another £85 million will be used to reduce pension fund deficit, and the remainder will be retained "to ensure a strong balance sheet and provide increased financial flexibility."

"In the US, our core construction business is well positioned in a recovering market. In the UK we see the potential for margins to progessively recover the peer group levels. Our services business, meanwhile, is well placed to benefit from the growing investment in infrastructure.

"Together, these elements will provide a strong foundation for an incoming Group CEO to take the company forward."

Balfour Beatty says its priorities will be to restore value in the UK construction business and leverage growth opportunities in the U.S., Far East and Middle East.

Following the sale, the company says it will be repositioned as an "Anglo-American infrastructure group" with national and regional construction businesses in the UK and the U.S.; an international investments business; a services division with specialist construction and asset management businesses; and construction joint ventures in the Far East and Middle East.