'Making Good' on a Promise

Tens of millions of funds from this round will address a backlog of damages that occurred before 2012. 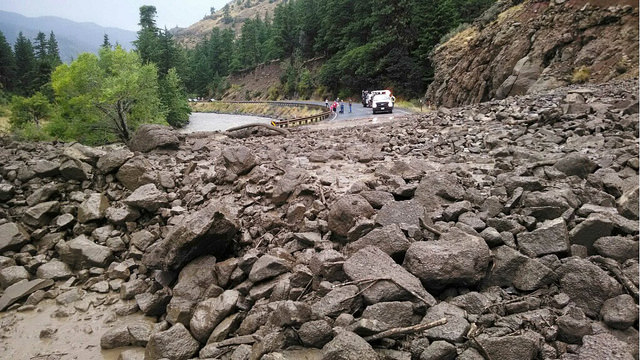 Flickr / WSDOT
Over $333.9 million in emergency relief funds will help 21 states repair roads and bridges damaged by nautral disasters and other emergency situations.

The funds will help repair roads and bridges damaged by storms, floods and other unexpected events dating at least as far back as the Loma Prieta Earthquake in 1989. Other events, such as the tilting piers on Delaware's I-495 bridge, happened in recent months.

"We are making good on our promise to help residents in states affected by natural disasters and other emergencies," said Foxx.

The funds come from the U.S. Treasury's General Fund, not the federal Highway Trust Fund. The money will be used to reconstruct or replace of damaged highways and bridges, establish detours and replace guardrails, or other damaged safety devices.

"These funds are part of our ongoing commitment to Americans all across the country to make sure that the damaged roads and bridges they depend on to get to work or deliver goods are restored as quickly as possible," said Foxx.

The largest allocation for a single event is $130 million to address September 2013 flooding in Colorado. Washington State will get the second-largest allocation, $35 million, to make repairs on S.R. 530 after a mudslide in March.

The states and their allocations are:

"Getting life back to normal in these areas is our top priority, and safe, functional, transportation is at the heart of that."