U.S. regulators continue to build their case for lead-safe mandates on public and commercial projects, with the release of a draft methodology for analyzing exposures.

The U.S. Environmental Protection Agency is now seeking public comment on the “Approach for Estimating Exposures and Incremental Health Effects from Lead Due to Renovation Repair and Painting Activities in Public and Commercial Buildings.”

The 162-page technical document details the modeling methodology that can be used to estimate the amount of lead in the environment and in people’s bodies, and health effects related to exposure to lead-based paint as a result of renovation, repair and painting activities in public and commercial buildings. 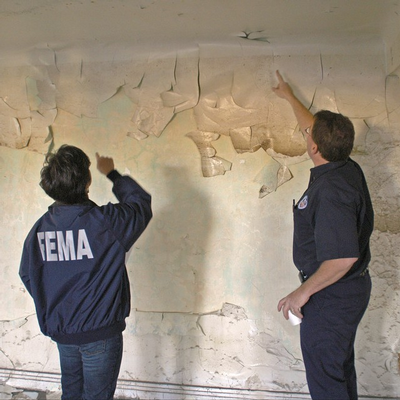 Wikimedia Commons
Lead-safe rules are now in place for residential and child-occupied settings. The EPA is considering expanding those to commercial and government buildings.

The document was published Wednesday (Aug. 6) in the Federal Register, triggering a 45-day public comment period. A two-page Q&A summarizes the document.

Sizing Up the Problem

EPA is trying to develop an approach to identify incremental changes in blood lead levels and associated adverse health effects from a wide variety of renovation scenarios.

The "Approach" document includes about 1.2 billion total interior modeling iterations, "which are believed to adequately describe the range and variability of scenarios considered in this analysis," the EPA says.

In measuring lead concentrations, the approach includes models for both blood and bone lead.

The document notes that blood-lead levels peak shortly after renovation and then decline, while bone lead levels follow the opposite trend, increasing over time. Blood lead is estimated in two ways.

From the initial anaylsis, the EPA aims to determine what types of renovation scenarios should be considered in weighing risk scenarios.

Following public input, EPA will seek independent scientific peer review of the report.The peer review should be complete by the end of 2014.

The Route to a Rule

The "Approach" document follows the EPA's May release of a "Framework for Identifying and Evaluating Lead-Based Paint Hazards from Renovation, Repair, and Painting Activites in Public and Commercial Buildings."

The Framework serves as an Advanced Notice of Proposed Rulemaking.

With both the Framework and the Approach, the goal is to collect hard data on lead exposures on commercial and public buildings work to determine if a hazard exists.

Those findings will help determine whether an additional lead-safe rule is required under the Toxic Substances Control Act, which requires EPA to regulate renovation or remodeling activities in commercial and public buildings that create lead-based paint hazards.

A residential version of the rule, the Lead Safe Renovation, Repair and Painting (RRP) rule, has been in effect since April 2010.

EPA followed the rollout of the residential rule with an announcement of its expansion to commercial and public projects.

But builders groups, contractors, property owners and managers said the EPA had not sufficiently established a case for such a rule.

The critics included EPA's own Office of Inspector General, which issued a report in July 2012 criticizing the agency's economic analysis of the original RRP rule.

In September 2012, EPA announced that it would delay expansion of the rule until July 2015.

Publication of the Framework in May returned the issue to the public agenda.