The Texas Supreme Court has thrown out a $12.3 million jury verdict awarded to the family of a 40-year-old mesothelioma victim who had used an asbestos-containing joint compound as a teenager.

The court found that the family of Timothy Bostic had not provided "legally sufficient evidence of causation" in claiming that Georgia-Pacific's compound was a “substantial factor” in his death in 2003.

Bostic's family contended that he became ill after exposure to asbestos from a variety of sources, including the joint compound. Bostic used the product as a child and teenager helping his father on weekend drywall projects, the family said. 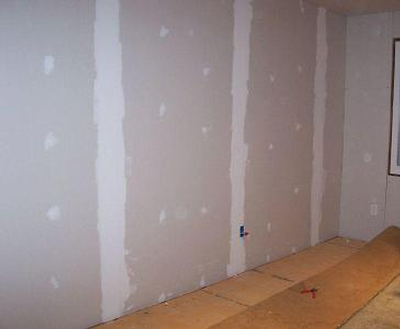 Wikimedia Commons / Amaxson
The family of Timothy Bostic sued 40 companies in all. The family said Bostic had been exposed to asbestos while using a Georgia-Pacific joint compound as a child and teenager, while doing drywall work with his father.

The case originally involved 40 defendants, but only Georgia-Pacific remained by the time of the Supreme Court review, having refused to settle over the years.

In their ruling, the Bostic justices relied heavily on precedents set in Borg-Warner v. Flores, a 2007 case involving a brake mechanic who died of asbestosis. His family unsuccessfully sued the brake-pad manufacturer, contending liability because of occupational exposure to asbestos in the product.

However, the Flores record revealed "nothing about how much asbestos Flores might have inhaled," the Supreme Court ruled in that case.

Flores found that "to establish causation in fact, the plaintiff must prove that the defendant’s product was a substantial factor in causing the disease, and that mere proof that the plaintiff was exposed to 'some' respirable fibers traceable to the defendant was insufficient," the Bostic decision noted.

The Bostic family argued that the exposure threshold for mesothelioma claims should be lower than that for asbestosis claims, because mesothelioma may result from lower levels of exposure.

The court noted the exposure differences, but added, "[E]ven in mesothelioma cases, proof of 'some exposure' or 'any expsoure' alone will not suffice to establish causation."

With both illnesses, the court noted, "the likelihood of contracting the disease increases with the dose." That makes the exposure levels relevant, the court said.

"If any exposure at all were sufficient to cause mesothelioma, everyone would suffer from it or at least be at risk of contracting the disease," the court found.

It noted testimony by one of the plaintiff's experts that "everyone is exposed to asbestos in the ambient air," especially in urban areas.

Finally, the court said, it had to reject the idea that "any exposure to asbestos is sufficient to establish liability."

If that were the case, the justices said, "the result essentially would be not just strict liability but absolute liability against any company whose asbestos-containing product crossed paths with the plaintiff throughout his entire lifetime."

"If an 'any exposure' theory of liability is accepted for mesothelioma cases because science has been unable to establish a dose below which the risk of disease disappears, the same theory would arguably apply to all carcinogens," the court ruled.

It added, quoting a 1989 ruling: “A fundamental principle of traditional products liability law is that the plaintiff must prove that the defendants supplied the product that caused the injury.”