Two more contractors for the Pennsylvania Department of Transportation have been indicted in a continuing state investigation into "massive and widespread theft, fraud, corruption, and money laundering" in PennDOT's Philadelphia region.

The new defendants, a maintenance contractor and a contracted PennDOT inspector, are accused of conspiring in the theft of more than $3.6 million in public funds.

Another PennDOT contracted inspector was indicted in the same case in April. 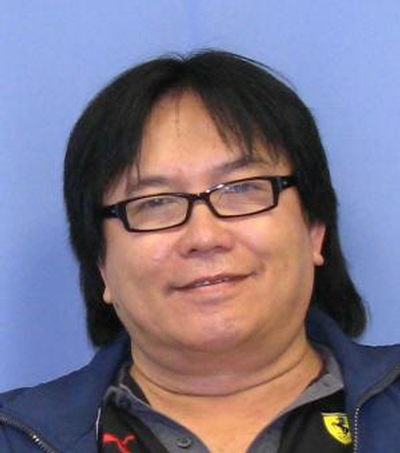 PA Attorney General's Office
"This contractor, already being paid millions of dollars, stole millions more from Pennsylvania taxpayers—and found a state inspector whom he could bribe to help him do so," Attorney General Kathleen Kane said of Thanh Nguyen (left) and Robert Slamon, respectively.

Charged and arraigned Thursday (July 31) were:

"The grand jury determined that this contractor, already being paid millions of dollars, stole millions more from Pennsylvania taxpayers—and found a state inspector whom he could bribe to help him do so," state Attorney General Kathleen Kane said of Nguyen in announcing the charges.

"As a result, work was not done and the safety of drivers in five southeastern Pennsylvania counties was put at risk."

The state's investigation showed at least $3.6 million in billing fraud through the contracts, including:

Nguyen's companies also received a total of $27 million in contracts with the Philadelphia region's SEPTA transit agency since 2001, The Philadelphia Inquirer reported. All but two maintenance contracts have been completed, and the final two, totaling $2.6 million, are being terminated, a SEPTA spokeswoman told The Inquirer last week.

Authorities also say Nguyen inflated work hours and work crews in his billing. He also is accused of laundering money from PennDOT contracts by directing that company checks—including some as large as $50,000—be written in the name of employees, who were then ordered to cash the checks and deliver the money to him.

Investigators documented his activity through GPS records of his trucks, photographs of state roads in the region, a former employee's private dailywork journal, and "hours of grand jury testimony from PennDOT, V-Tech and ULC employees," according to the Attorney General's Office.

Nguyen is charged with three counts each of theft by unlawful taking, theft by deception, and tampering with public records; two counts of corrupt organizations; and one count each of bribery in official and political matters, dealing in proceeds of unlawful activity, and criminal conspiracy. If convicted on all counts, he faces up to 150 years in prison plus $250,000 in restitution.

Slamon was a PennDOT consultant inspector assigned to Philadelphia for roadside management programs, authorities said. He is charged with conspiring with Nguyen to falsify PennDOT records and enable Nguyen to receive payment for work allegedly never completed.

Slamon is charged with two counts each of corrupt organizations and tampering with public records; and one count each of bribery in official and political matters, theft by unlawful taking, theft by deception, and criminal conspiracy. If convicted of all counts, he faces up to 95 years in prison and a $150,000 fine.

Czop Specter, of Norristown, PA, is not charged in the case.

According to The Inquirer, "the grand jury described a top District 6 official, who has not been charged, as interceding on behalf of" Nguyen.

Nguyen "told coworkers he needed $50,000 to pay the PennDot official, the grand jury said," according to The Inquirer.

The official, described as the assistant district engineer for maintenance, was identified in the presentment only as "NM." The Inquirer fully identified the former official, whom PennDOT fired in May, according to his attorney.

The attorney said that his client "never took a penny" and that "it looks like somebody is trying very hard to come up with a fall guy," the news outlet said.

The new arrests and charges are the latest in an ongoing investigation into PennDOT Region 6's officials, employees and contractors.

In April, contracted PennDOT inspector Joseph DeSimone, 33, of Philadephia, was arrested and charged with perjury for allegedly lying to a grand jury during the investigation.

DeSimone was an employee of Construction Methods and Coordination Inc. (aka CMC Engineering), of Kimberton, PA, when he testified before the grand jury on Dec. 17, 2013. CMC is not charged in the case.

The source is identified only as a former consultant inspector for a company contracted by PennDOT to perform inspections under the HOP program. The source's information "has been corroborated," the AG's Office said.

The inspector told authorities that "consultant inspectors were systematically overbilling for time they were allegedly performing HOP inspections."

In addition, the office said, "evidence has been obtained that many of the inspectors were providing illegal financial remunerations to PennDOT District 6 supervisors who permitted the overbilling abuse to occur."

"PennDot is committed to honest and efficient management of the transportation system," said Blaum.

"We take these issues very seriously, are cooperating with investigators, and have been aggressively pursuing follow-up action. We are conducting a vigorous, full-scale internal review of operations in our District 6 maintenance unit."