Drywall to Make a Global Splash

Having survived a global recession and now gaining favor in developing countries, the global drywall market is in for a robust run in the next several years, a new forecast shows.

Global demand for drywall is expected to increase by 5.8 percent annually through 2018, to 10.4 billion square meters—a "significant improvement" in its fortunes from the 2008-13 slump, according to World Drywall & Building Plaster, a new study from The Freedonia Group Inc., a Cleveland-based market research firm. 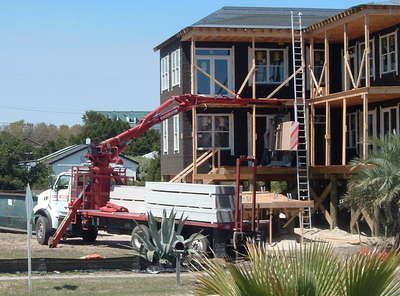 KeepOnTruckin / Wikimedia Commons
U.S. drywall demand is expected to grow by 8.7 percent annually through 2018, Freedonia predicts. Some of the gains will come at the expense of building plaster.

The gains will come from virtually every region, reports Freedonia analyst Allison Blackburn.

“Rebounds in building construction spending after a period of decline in both North America and Western Europe and solid, but decelerating, growth in the important Asia/Pacific region will be the primary drivers of growth,” said Blackburn.

“Increasing demand in the Africa/Mideast region, where drywall continues to gain popularity over more traditional building materials, will also contribute to gains.”

China and the United States will continue to dominate the world drywall market, accounting for nearly three-quarters of new demand between 2013 and 2018, Freedonia reports.

Drywall sales in the U.S. are forecast to advance 8.7 percent annually during that period as the housing market recovers and new residential floor space posts double-digit annual growth.

In China, drywall demand is expected to grow by 7.2 percent annually, boosted by surges in both residential and nonresidential construction. Drywall is also projected to be used more frequently in residential applications in China.

Increasing demand for urban housing in Brazil, India, Mexico, Saudi Arabia, Turkey and other industrializing countries will feed the drywall market. Growth in office and commercial construction will also offer a push.

"Going forward, drywall demand will benefit as local construction firms increase drywall usage at the expense of other products, such as building plaster," the report said.

The View from Europe

Growth will be slower in Western Europe, with an annual increase of 2.5 percent expected through 2018. That will be a rebound from the setbacks of the 2008-13 period, but still the "slowest rate globally," Freedonia advised.

Spain is expected to register the fastest growth, and Italy and the UK also performing well. Most of the growth will come from new residential construction, which should show improvement over its depressed 2013 level.