Sherwin-Williams’ Protective and Marine Coatings has launched three polyaspartic urethanes, each suited for a different shop or field coating challenge.

The company says 840 DTM is a thin-film, direct-to-metal shop coating that dries to the touch in 20 minutes. This system offers does not pick up grit, tolerates exposure to dew and precipitation, and gives a high-gloss finish, according to Sherwin-Williams. 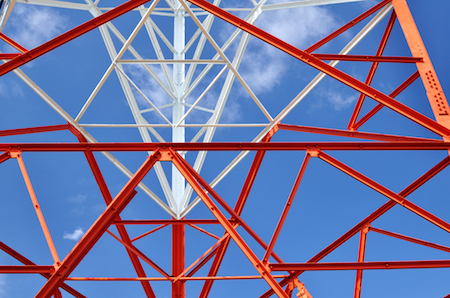 For a high-build, direct-to-metal coating, Sherwin-Williams suggests 940 DTM. The coating is early moisture-tolerant, retains gloss and color, and "delivers epoxy-polyurethane performance in just one coat," according to the company. It can be applied in temperatures as low as 35°F.

According to the company, 980 PA is a high-build finish coat that, when applied over a zinc-rich primer, can reach performance requirements without an intermediate coat. The coating dries to the touch in 30 minutes without grit and dust pickup, can be put into service in two days, and has an extended three-month recoat window, the company says.

Uses include large maintenance projects, bridges, stadiums and other high-visibility structures, as well as plant, refinery and offshore equipment and piping.