Overall, profits at the Dutch coating and chemical multinational plunged in the second quarter, despite improved sales volume across all three businesses, the company reported Wednesday (July 23). 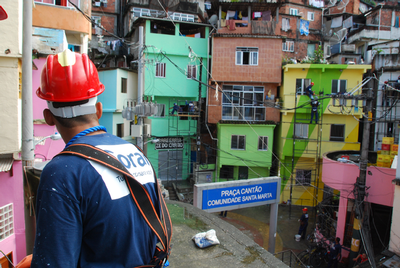 Revenues dropped by four percent, to €3.710 billion ($4.9 billion USD) from the prior-year period—primarily due to adverse currency effects, reported.AkzoNobel, the world's second-largest paint and coatings company.

Volumes increased in each of the business units, however, and Return on Sales (ROS) improved to 9.5 percent from 8.3 percent. The 2014 ROS figure includes €45 million ($60.5 million USD) in restructuring costs. Excluding those costs (which increased €5 million over 2013), ROS was 10.7 percent in the second quarter.

Operating income also climbed by 10 percent in the second quarter and by six percent for the first half of the year, compared to the prior-year periods.

Overall, the company said it remained on track to deliver its 2015 targets.

“With the publication of the Q2 figures, the results of our ongoing commitment to organic growth and operational efficiency continue to be visible," said CEO Ton Büchner.

He noted the company's gains in volume, ROS and net income, despite "operating in a volatile market."

Büchner also said the second quarter saw "some great examples of AkzoNobel’s commitment to innovation and sustainability," including:

"These developments will not only help to further enhance our operational efficiency and stimulate organic growth, but will also boost our market-leading positions," he said.

In Decorative Paints, volumes rose by three percent overall, mostly from increases in Asia and "most European countries," the company said.

"The ongoing operational excellence measures in Europe continue to support the improvements in margin," the company said.

Volumes in Europe, the Middle East and Africa were up year-over-year, although revenues declined because of diverstments and currency effects. Revenues declined in continental Europe, while the UK and Eastern Europe saw positive developments.

Volumes in Performance Coatings inched up 1 percent compared with 2013. Revenue declined 2 percent overall, as adverse currencies wiped out improvements in volume and price/mix.

Revenue in Marine and Protective Coatings was down 2 percent on last year, mostly due to adverse currency effects. The struggling marine sector enjoyed increased volumes in deep-sea maintenance and new construction over prior year. Protective coatings volumes ended flat.

Powder Coatings revenue was up four percent, with all regions showing positive volumes.

Volumes in Specialty Chemicals increased by four percent due to better market conditions in most businesses, with Pulp and Performance Chemicals and Functional Chemicals showing strong growth. Revenue declined, mainly due to adverse currency developments and continued caustic price pressure.

Operating income increased 2 percent compared with 2013 due to cost control and operational efficiencies.