Allegations of worker overexposure to lead and silica as well as other health hazards have landed a Connecticut abrasive blasting contractor in trouble with federal authorities.

The Occupational Safety and Health Administration cited Maher Industries (doing business as A Fast Blast Sandblasting & Restoration) for 17 serious violations after an April inspection prompted by a complaint during the renovation of a mill in Easthampton, MA. Proposed fines total $47,600. 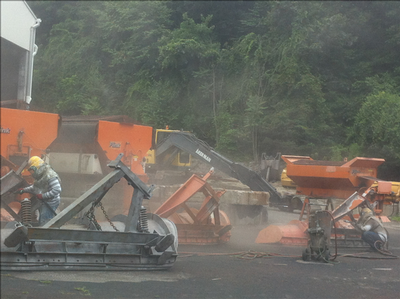 Workers were exposed to up to 78 times the Threshold Limit Values for silica and 2.6 times the OSHA permissibile exposure limit for lead, OSHA said.

The company, based in Naugatuck, CT, is accused of "failure to supply basic, legally required safeguards," according to an OSHA announcement July 17.

Maher said the company has worked with OSHA "from the very onset of concerns several months ago on this project" and a meeting would be scheduled with OSHA in upcoming weeks.

"We take care in making sure our employees are up to date on their certs and we carry out monthly safety meetings. Many of the citations have been abated previously," Maher wrote.

"We were als mistakenly cited for issues pertaining to unauthorized employees from other companies working within our abatement area."

OSHA found that employees were exposed to airborne concentrations of lead and silica generated by the abrasive blasting that exceeded the permissible exposure limits. Additional violations involved respirators.

According to the citations, the violations included:

All of the violations are considered serious, meaning they are capable of causing death or serious physical harm.

A check of OSHA's database Monday showed no records for A Fast Blast.

"The hazards of lead and silica are well-known, and overexposure to them can seriously compromise the long-term health and well-being of workers," said OSHA area director Mary Hoye.

"The safeguards to protect workers are well-known to employers who oversee this work. It is their responsibility to ensure that proper and effective protections are used at each job site."

Companies have 15 business days from receipt of their citations and proposed penalties to comply with or contest the findings.