High-speed, nondestructive imaging that can detect corrosion under marine coatings has taken a million-dollar step forward, under a new U.S. Navy contract.

The Small Business Innovation Research contract is with the Naval Undersea Warfare Center (NUWC), a shore command of the U.S. Navy within the Naval Sea Systems Command (NAVSEA) Warfare Center Enterprise, which engineers, builds and supports the country's fleet of ships and combat systems. 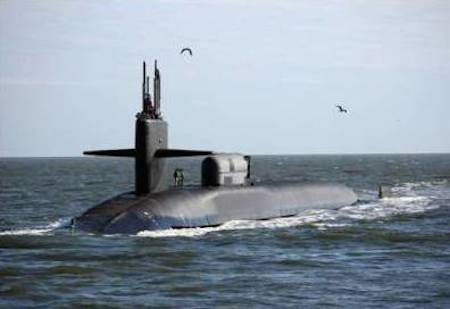 NUWC
Under a $1 million contract from the Naval Undersea Warfare Center, Advance Photonix will develop a prototype for a corrosion detection system based on terahertz imaging technology.

"This is another example of our long and continuing partnership with the Department of Defense," said Richard Kurtz, president and CEO of Advanced Photonix.

Terahertz radiation consists of electromagnetic waves with a range that falls between microwaves and infrared light waves.

Phase I (the proof-of-concept phase) was successful, leading to the award for the second phase to develop a prototype suitable for evaluation.

The prototype will be tested on submarine hulls or "representative structures." Advanced Photonix said it also expected to oversee Phase III of the program, which entails a development plan to transition the technology into a system that can be deployed by the Navy.

"In keeping with their tradition of accelerating the adoption of advanced non-destructive testing technologies, NUWC has invested with us since 2003 to develop terahertz solutions for various applications," Kurtz said.

"The high-speed imaging system developed under this contract will allow the Navy to save maintenance costs in its dockside operations."