A Call to Grow Better, Not Just Bigger

All of the advanced materials and energy efficiencies on Earth will help little if they are fed to a development model simply that consumes more and more, some experts are warning.

Consider this: China has used more cement in the last three years than the United States used in the entire 20th century.

That jaw-dropping fact—and how it happened, and why it matters—are at the heart of Making the Modern World: Materials and Dematerialization, a new book by historian Vaclav Smil, professor emeritus at the University of Manitoba. 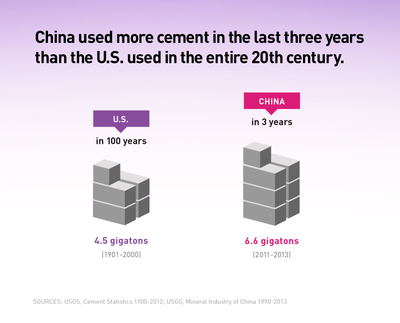 Vaclav Smil via gatesnotes.com
Living in a Material World

And yet, though the number is huge, that statistical snapshot—of one material, in one country, in one three-year period—is just one indicator of the stunning rate of growth worldwide, and the materials needed to sustain that process.

Smil and others say it is a snapshot worth contemplating.

(For a remarkable picture China's growth in action, see this animation created by The Atlantic, showing Shanghai's development since 1987.)

Living in a Material World

Smil's book has captured the attention of Microsoft's Bill Gates, among others, for its attention to the typically-unsung world of steel, concrete and other materials; for its questioning of the trade-offs in material consumption; and for its implications for future development.

"The most important material in terms of sheer mass in our civilization is cement made into concrete," Smil says in a video about his book posted by Gates.

"To me, this is the most stunning number in the whole book, that the Chinese poured into their buildings and roads and highways, as much concrete in just three years as the United States in one century."

But, Smil notes, the percentage of regular cars on the road has declined sharply, replaced by much heavier SUVs, vans, trucks and other large vehicles.

He makes the same case for a variety of materials. A soda can, for example, weighed 19 grams in 1980. In 2010, it weighed just 12 grams, he reports. However, the number of cans produced more than doubled in the intervening generation, from 42 billion to 97 billion. 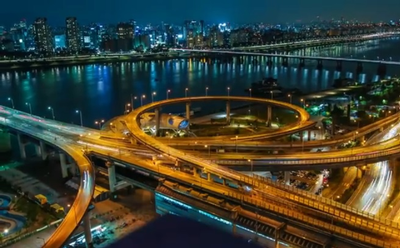 gatesnotes.com
Cars are lighter than a generation ago, but the popularity of SUVs and other large vehicles has increased the overall per-vehicle weight on the roads, says Smil.

Gates, who blogs about Smil's book in "Have You Hugged a Concrete Pillar Today?" notes that technical advances have made manufacturing of steel, cement and other major industrial products more efficient than ever.

On average, Gates says, "making a ton of steel today takes a third as much energy as it did in 1950, and produces 10 percent less carbon."

Still, Smil contends that China, India, the Middle East and Africa are following a size- and quantity-based U.S. and European development model that cannot be sustained.

"We are talking about the hundreds of millions of people who still are basically at the very beginning of that global material consumption rise," says Smil.

He calls instead for new model that promotes "quality and longevity" over "quantity and short lives."