New ideas to generate public interest in green building could be worth $10,000 and hold the seeds of a new global strategy.

"Creating Public Demand for Green Buildings" is a new competition by the World Green Building Council (WGBC) and Climate CoLab, a climate change project led by the Massachusetts Institute of Technology (MIT).

The challenge, organizers say: "How can we empower the public and communities to build awareness and demand for green buildings?"

The goal of the competition is to get the green building conversation out of the closed loop of industry and government and into "the hearts and minds of the public," organizers say. 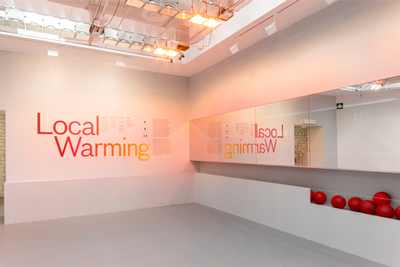 www.epa.gov
Competition organizers want to hear from occupants of green buildings to boast of their benefits, such as "Local Warming," an MIT invention exhibited this week in Italy that creates a "precise personal climate" to avoid heating an entire room.

Unless ordinary people care about and demand green building, its success will be limited, officials say. In addition, mainstream ideas about green building have not yet been widely heard, especially from the occupants of those structures.

Climate CoLab is seeking ideas that make the public aware of the efficiency and benefits of green buildings and that create a demand for these structures from a wide range of communities.

Of special interest are ways to encourage the public to think about their homes and how they can be made physically, emotionally, economically and environmentally healthier.

"Buildings remain one of the key producers of greenhouse gases contributing to global warming," according to the competition site.

"Green buildings mitigate the negatives of traditional buildings, but the stakeholders defining the green building conversation have largely been industry groups and governments, with the public largely being absent and out of focus."

Currently, the built environment consumes about 40 percent of the world's energy and contributes up to 30 percent of all global greenhouse gas emissions, according to the WGBC. More efficient built spaces that work with their occupants and the environment can mitigate climate change on a large scale, the group says.

Competition organizers are seeking "ideas for engaging the hearts and minds of the public to increase awareness on green buildings and their benefits, to create a demand for them across a broad spectrum of communities and occupants—and make the green building movement a mainstream conversation."

Winners in two categories, Judges Choice and Popular Choice, will be able to present their proposals at MIT to business executives, foundation and NGO officials, policy makers, scientists and others who can support implementation of their proposals.

The winning presentations will be made at a conference this fall at MIT, where the $10,000 grand prize will also be awarded.

Specific proposals are sought in the following areas:

The contest is open to anyone in the world, regardless of age, nationality, or political viewpoint, except where prohibited by law. Entrants under 18 years old will need a parent or legal guardian to register and submit proposals.

Entries will be judged on feasibility of actions, novelty of the proposal's ideas, likely impact on climate change, and presentation quality.

The deadline for entries is July 20. Application details are available here.