Standards Don’t Give Paint the Love

CINCINNATI—The durability of paint and coatings has been overlooked in building envelope standards to date, says expert Kevin Knight, who is on a mission to get these critical functional materials the standing they deserve.

Knight, president of RetroSpecs Ltd., says the gap in building envelope standards with respect to coatings could be shortchanging building performance.

Knight, whose company manufactures building envelope testing equipment, discussed that gap in a recent sit-down with Durability + Design Editor-in-Chief Gina Johnson and brought the issue to the table again Wednesday (May 21) at D+D 2014 in Cincinnati. 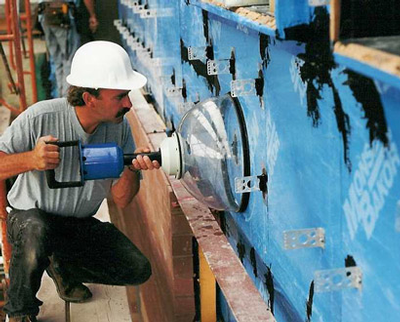 Knight spoke on "Durability of Paint/Coatings on the Exterior of Building Enclosures" at a session on "Good Practice in the Use of High-Performance Coatings." The session was part of the Good Technical Practice Track at the conference.

In his presentation, “Durability of Paint/Coatings on the Exterior of Building Enclosures,” Knight wanted to convey the importance of paint and coatings function.

Owners often choose aesthetics over function, which can lead to problems, he says.

Controlling the flow of air, water and vapor in the building enclosure are among the functions that many paint and coating systems must now manage, Knight said.

His paper and presentation discussed the damage mechanisms at both the macro and micro levels of the building enclosure; compared the service life of the building to the paint/coatings service life; and considered the impact on the building and occupants when paint and coatings lose aesthetics and lose the ability to control the requirements for environmental separation.

“The durability issue of paint has been ignored in the reference documents to date,” Knight told Johnson in their interview. “We don’t understand how long they will last […] on the buildings and depending on the substrates that could differ from building to building.”

Guide in the Works

In the video, Knight also mentions his work with the SSPC Commercial Coating Committee. He is the chair of the subcommittee addressing commercial air and vapor barrier coatings and working on a standard guide for fluid-applied air barrier coatings for concrete masonry units.

With the development of these standards, Knight says they are trying to “shorten the learning curve with these materials.”