A new antifouling paint could repel organisms from ship hulls without killing them, researchers say.

Guillermo Blustein and his colleagues in Argentina say they have developed a sustainable paint ingredient from plants that can avert potentially adverse economic damage. 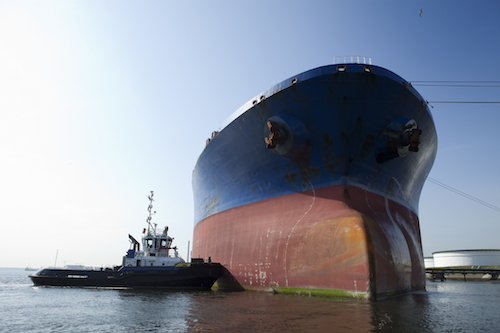 © iStock / BartCo
Scientists have developed an antifoulant that could repel barnacles and algae without killing them.

When barnacles stick to hulls, they "create a cascade of problems," the researchers note. By keeping hulls clean, a ship's fuel savings can be increased by as much as 40 percent.

The researchers turned to Maytenus trees, whose root bark have compounds similar to agents produced by bottom-dwelling ocean creatures. Maytenus trees can grow in a wide variety of climates, from tropical to subpolar.

They found the compounds in the tree could repel barnacles, but didn't typically cause long-term damage.

These compounds were added to paint, which was applied to tiles and tested in the sea for 45 days.

According to the scientists, the new coatings effectively stopped algae, tube worms and other creatures from latching on.

The results, researchers say, may provide a more environmentally friendly alternative for the control of biofouling, replacing toxic additives currently in use in marine paints.

The report "Antifouling Activity of Celastroids Isolated from Maytenus Species, Natural and Sustainable Alternatives for Marine Coatings," appears in Industrial & Engineering Chemical Research, a journal from the American Chemical Society.

Editor's Note: This article was corrected at 1:02 p.m. EDT May 27 to reflect that keeping a hull clean can increase fuel savings, not fuel use. PaintSquare News regrets the error.