Mexico’s largest coatings producer has filed suit against The Sherwin-Williams Company, blaming the U.S. paint maker for the implosion of its plan to buy the Latin American supplier, Reuters reports.

The suit, reported Wednesday (May 14), follows Sherwin-Williams' announcement in April that would terminate its $2.34 billion offer to acquire Comex, the fourth-largest paint and coatings maker in North America.

A spokesman for Sherwin-Williams said Friday (May 16) that the company did not plan to comment on the report.

Sherwin-Williams announced in November 2012 that it planned to buy Comex, extending the Cleveland-based company's reach throughout Latin America, where PPG Industries has been aggressively expanding. 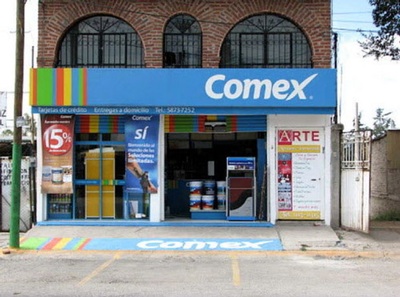 Both companies voiced enthusiasm for the acquisition when it was announced. Sherwin-Williams called the companies "an ideal fit in every respect."

Mexican regulators approved the $90 million acquisition of Comex's North American business, and that deal concluded in 2013.

Now, according to Reuters, Comex says Sherwin-Williams' efforts to get approval after the second rejection were "well below" the standards set in the purchase agreement.

Mexico's Federal Economic Competition Commission (COFECE) initially rejected the deal in July 2013, stating the acquisition would give the combined company 48 percent to 58 percent of the regional market share—10 times that of its closest competitor.

While working to appeal that decision, Sherwin-Williams completed the deal for  Comex's 314 stores and eight manufacturing sites in the U.S. and Canada.

But Mexican regulators again rejected the $2.34 billion Latin American deal in October 2013. Sherwin-Williams said that it would review the decision and was "considering all options, including whether to refile."

In April, Sherwin-Williams terminated its offer to acquire Comex and filed a complaint with the Supreme Court of New York, requesting a decaration that the U.S. company had used "commercially reasonable efforts as required under the stock purchase agreement and has not breached the agreement."

The court request came just days after Comex notified Sherwin-Williams that it had breached its obligations, according to Sherwin-Williams, which termed the accusation "incorrect."

Because the deal hadn’t closed by March 31, 2014, Sherwin-Williams said that under the terms of the agreement, either party could cancel without being in material breach.

Comex is seeking unspecified damages and reportedly has requested that the International Chamber of Commerce arbitrate the conflict, according to Reuters.