A New York-based construction multinational has pleaded guilty to defrauding some of the world’s largest companies of tens of millions of dollars.

In 1998, STI paid $10 million and pleaded guilty to felony charges related to its role in a $2 billion bid-rigging and bribery scheme involving Sony Corp. and other high-profile companies, The New York Times reported. 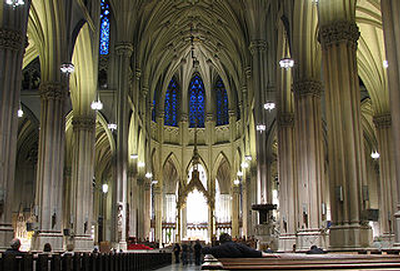 The company said the plea and penalty would have no effect on its business. Indeed, STI was just hired by Sony to build its new Madison Avenue corporate headquarters.

The current overbilling scheme was built largely on falsified and inflated invoices by STI's subcontractors. Authorities said STI required the subs to inflate their bids with unnecessary contingencies. The victims included Bank of America, Bloomberg and many other prominent banks, financial institutions, law firms and advertising agencies, Vance's office said.

The forfeiture is one of the largest ever imposed on a construction company, Vance said in a statement.

Structure Tone’s attorney, Daniel Connolly, entered a guilty plea on behalf of the company Wednesday (April 30) in Manhattan Supreme Court to one count of first-degree falsifying business records, a felony. No executives were identified in the plea agreement.

Founded in 1971, STI focuses on construction interiors and typically acts as either a Construction Manager (CM) or a General Contractor (GC) on its projects, authorities said.

As a CM, Structure Tone is required to act in the best interests of the client, making certain that the client receives the best value for the money spent.

"Other than its management fee for a particular subcontractor, there are no legitimate circumstances under which STI is entitled to additional profit based upon the subcontractors’ costs to the CM client," the D.A.'s office said.

As a GC, Structure Tone charges clients a lump sum, or fixed price. Its profit is then the difference between that price and its actual cost to complete the project.

The company exploited both types of contracts, authorities said.

"Interiors construction is a multibillion-dollar industry in New York City and is vital to our city’s economy,” said  Vance.

“Structure Tone’s felony plea and forfeiture of $55 million—one of the largest forfeitures ever imposed on a construction company—sends a clear message that this type of criminal activity will not be tolerated."

Vance said the plea reflects both Structure Tone’s criminal conduct and the "remedial actions the company has implemented since 2010 to end the fraud and provide better oversight of its business practices."

This case was a joint investigation by the Manhattan District Attorney’s Rackets Bureau and a detail of the Special Investigations Unit of the New York State Police assigned to the Rackets Bureau.

The case is part of a long-running investigation by New York City prosecutors into fraud and corruption in the city's construction industry.

"Over the past six years, the Manhattan DA’s Office has obtained more than 40 convictions from scores of individuals and corporations, including some of the largest general contractors in New York City, for kickbacks and bid-rigging schemes, and recovered more than $50 million through those prosecutions," the office said.

In a statement Thursday (May 1), STI said that it was "pleased this matter has come to a conclusion" and that it had "cooperated fully" in the investigation. It said the $55 million forfeiture payment would come "from prior years’ retained earnings".

"This case has no impact on our ability to complete existing and future projects," STI said. "Long before this process began, we strengthened our compliance protocols to improve transparency."