The U.S. government will slash a half-million square feet of office space, and relocate an unknown number of employees, in a $70 million consolidation plan that will trigger projects in 19 states.

The U.S. General Services Administration, the nation's largest landlord, has identified 19 federally owned sites  that will be retooled to allow a variety of federal agencies to consolidate their workspace, the agency announced April 21.

The project will eventually cut millions of dollars from rent and leasing costs and from expensive operation of underused or inefficient space, GSA says. 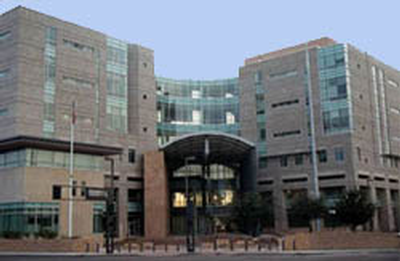 GSA
The Evo A. DeConcini Federal Courthouse is one of 19 properties set for renovation under the consolidation plan. The Tucson, AZ, building will get a $3.9 million upgrade.

The federal government has been working to shrink its brick-and-mortar footprint for some time, through programs such as Total Workplace and through ongoing property disposal. To that end, GSA has been seeking to sell, swap, lease or otherwise dispose of millions of square feet nationwide that it can no longer use.

The effort has produced some novel initiatives. Recently, the agency offered to give buildings in need of redevelopment in exchange for construction services on several Washington, D.C., buildings.

The new consolidation effort is aimed at reducing costs by eliminating multiple leases, as well as scaling back the federal government’s energy and water consumption.

The GSA currently provides workspace for more than a million federal workers in both federally owned and leased space across more than 9,000 properties—377.9 million square feet of workspace in all.

"As dedicated stewards of the public trust and the environment, GSA is committed to assisting federal agencies in reducing their carbon footprint and employing cost-effective green building strategies," the agency said.

GSA says the consolidation plan will:

The plan will affect one federal building in each of 19 cities, a GSA spokeswoman told the Federal Times.

The agency is not yet saying when, where or how many federal employees will eventually be relocated because of the consolidation.

'A New Day for Office Space'

“As public servants, we have a responsibility to serve the American people as effectively and efficiently as possible," GSA Administrator Dan Tangherlini said in the announcement.

"By consolidating these locations, we are not just eliminating redundant rents and space, but also encouraging collaboration among  government workers by creating open workspace. We’re ushering in a new day for office space throughout the federal government.”

Consolidation is not a new plan for GSA, but the scope of the new list is. A multiyear redevelopment effort is currently underway at the old St. Elizabeths Hospital complex in Washington, D.C.

When complete, the unified and newly secured campus will house the new headquarters of the U.S. Coast Guard, the Department of Homeland Security, and other federal agencies.

GSA issued this Project Consolidation List, with the amount allocated for each renovation, with the announcement.