Happy customers—the golden geese that will buy your product over and over again—have put Benjamin Moore and Sherwin-Williams at the top of J.D. Power's 2014 Paint Satisfaction Study.

Benjamin Moore & Co. took the top spot in interior paints for the fourth consecutive year, scoring even higher than it did in 2013. It was another feather in the cap of the Montvale, NJ, manufacturer, which dates to 1883 but does not rank  among the top 10 paint and coating companies in terms of size.

The Sherwin-Williams Co. claimed the top position in exterior paints, which the annual survey included for the first time. The Cleveland-based paint and coatings maker is third in size worldwide. 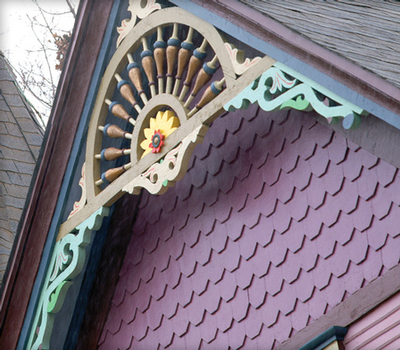 Sherwin-Williams also took the No. 2 ranking for interior paints, while Benjamin Moore missed second place in the exteriors by a whisker-thin one point out of a possible 1,000.

BEHR, the well-known house brand of The Home Depot, rounded out the top three in both interior and exterior rankings.

PPG Industries' Pittsburgh Paint ranked fifth for interiors—the only brand of the world's largest paint and coating maker to make the top five of either category. AkzoNobel, now No. 2 worldwide, had no brands in the top five.

"The highest-performing paint brands in customer satisfaction also receive high ratings in the application experience across both interior and exterior product lines," according to the study, released April 16.

The 2014 study is based on responses from more than 8,690 customers from January through March who had bought and applied interior and/or exterior paint within the previous 12 months.

The 2014 Paint Satisfaction Study is based on responses from more than 8,690 customers who purchased and applied interior and/or exterior paint within the previous 12 months. The study was fielded in January through March 2014. - See more at: http://www.jdpower.com/press-releases/2014-paint-satisfaction-study#sthash.sauZJtk6.dpuf

Satisfaction with paint brands is based on customer evaluations that measure six key factors of the painting experience. They are, in alphabetical order, application, design guides, durability, price, product offerings, and warranty/guarantee.

“A customer’s decision to purchase a specific paint brand is largely based on their prior experience with that brand, primarily regarding application, product offerings and durability.”

Benjamin Moore ranked highest in customer satisfaction for interior paint brands with a score of 815—a 15-point increase from 2013. The company performed particularly well in application, durability and product offerings.

Sherwin-Williams took second place in interior paints, with a score of 808; BEHR came in third, with 802 points.

Overall customer satisfaction with interior paint brands was 795 on a 1,000-point scale—an increase of 16 points from 2013.

For exterior paint brands, Sherwin-Williams led the pack with a score of 819, performing well across all six factors. BEHR was second, with 804 points; Benjamin Moore was third, with 803.

J.D. Power also reported a number of other insights into how, why and when consumers choose and use paint. Among them:

"Benjamin Moore is thrilled to once again receive this prestigious award of Highest Ranked Interior Paint by J.D. Power," said president and CEO Mike Searles, who has led the company since last year.

"Customer satisfaction, brand loyalty and delivering best-in-class products are the hallmark of Benjamin Moore. We're constantly focused on meeting the needs of the most discerning customers and contractors with a suite of interior products and colors that can only be delivered through our network of independent dealers."

Sherwin-Williams did not respond to a request for comment.