The American Coatings Association has announced that its newly elected chairman is a chairwoman—the first in the organization's 126-year history.

Sandra Berg, president and CEO of Ellis Paint Company, is the new chairman of ACA's Board of Directors, the association announced April 14. 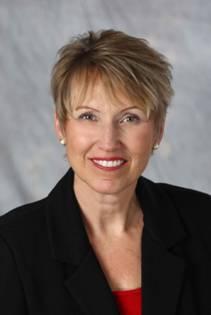 arb.ca.gov
Sandra Berg, president and CEO of Ellis Paint, is the newly elected chairman of ACA's Board of Directors.

Berg and Hendrickson are serving two-year terms that will end in April 2016.

The 43-member board includes representatives from every major coating and raw-materials manufacturer.

"I'm so pleased to take up this leadership mantle," Berg said.

"ACA is a strong advocate for the industry, impressively inclusive and equally representative of large, medium and small manufacturers alike, as well as all other members of the supply chain to the paint and coatings industry."

Berg was appointed to the California Air Resources Board in 2004 by then-Governor Arnold Schwarzenegger. CARB is the leading policy agency responsible for the air quality in the state.

Hendrickson became CEO of Valspar in 2011 and previously served the company as president and COO. He joined the company in 1994, starting in the packaging business.

ACA traces its roots to 1887, with the founding of the National Paint, Oil and Varnish Association of the United States. More than 120 years and a dozen iterations later, the then-National Paint and Coatings Association (NPCA) and the Federation of Societies for Coatings Technologies (FSCT) fully merged in 2009 to become one organization.

Since 2010, the group has been called the American Coatings Association.

Its current mission: to advance the interests of the paint and coatings industry and to provide programs and services that support the "industry’s commitment to environmental protection, product stewardship, health and safety, and the advancement of science and technology."