Shedding some businesses and adding others, the world’s largest paint and coatings company started 2014 with a bang, ringing up double-digit sales growth in the first quarter and its highest global volume growth in three years. 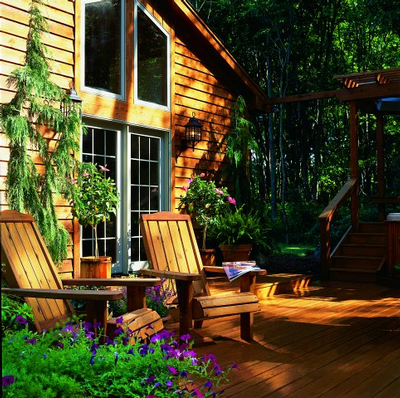 The report continued a hot streak for PPG, which in January reported a record fourth quarter and one of the most successful years in its history.

Growth in the first quarter was broad based across many businesses. The company's newly expanded architectural coatings portfolio, acquired a year ago from AkzoNobel, turned in modest growth, while automotive OEM and aerospace coatings outpaced their general markets in every region. Protective coatings turned in a solid performance, and even the long-struggling European market grew.

Marine and packaging coatings were about the only segments that showed weaknesses.

“We achieved year-over-year global volume growth of 5 percent, our highest level in three years,” said Charles E. Bunch, PPG chairman and chief executive officer. “Additionally, growth rates accelerated in each region versus recent quarters, including in Europe, where our volumes grew 5 percent as we benefited from the early stages of that region’s economic recovery. PPG’s growth was also broad-based across many of our businesses, led by automotive OEM coatings and aerospace, where our performance continued to outpace strong global growth in these end-use markets. - See more at: http://corporate.ppg.com/Media/Newsroom/2014/PPG-reports-record-first-quarter-results#sthash.5UBlhm1C.dpuf

“Additionally, growth rates accelerated in each region versus recent quarters, including in Europe, where our volumes grew 5 percent as we benefited from the early stages of that region’s economic recovery."

PPG's first quarter also included divestment of its majority stake in the Transitions Optical joint venture and all of its sunlens business. The company also acquired Hi-Temp Coatings Technology during the quarter.

This segment consists of protective and marine coatings; automotive refinish; and architectural coatings in the Americas, Asia-Pacific and EMEA markets.

Segment net sales for the quarter were $2.0 billion, up 27 percent from the prior-year quarter, PPG said. Segment earnings of $248 million were up 29 percent.

Automotive refinish and aerospace increased sales volumes in all major regions, reflecting continued global industry growth. Excluding the AkzoNobel portfolio, PPG said its architectural coatings net sales in North America "grew modestly" over the prior year, "as results were mixed by distribution channel and the region was impacted by inclement weather."

Net sales in this segment, which consists of fiber glass and flat glass, grew by 4 percent year over year, to $266 million for the quarter. Global fiber glass demand improved, while flat-glass volumes declined and prices rose.

Segment earnings dropped to $4 million from $5 million, "primarily due to scheduled maintenance and repair costs" and higher natural-gas costs, the company said.

Bunch credited the company's earnings growth to "improved demand stemming from the aggressive actions we have taken to significantly reduce our cost structure."

Acquisitions had helped the company achieve "targeted cost synergies," he said, adding: "Also for the quarter, we more than fully replaced the earnings from our recently divested businesses.”

“We anticipate solid global growth to continue, but it will not be uniform across geographies or end-use markets," he said.

On the other hand, he added: "PPG remains well-positioned with a balanced coatings portfolio, both regionally and by end-use market, providing broad growth opportunities while minimizing the impact of any individual fluctuations."

More information, including presentation-slide content and a web replay of the earnings conference call, are available at PPG's Investor Center.
Tweet