Major reductions in carbon-dioxide emissions from buildings and other sources are needed to avoid a “dangerous increase in global temperatures,” government scientists conclude in a new report about mitigating climate change.

Ensuring that buildings actually perform as designed through frequent building recommissioning is one way of cutting down on these emissions, say the scientists at Lawrence Berkeley National Laboratory. 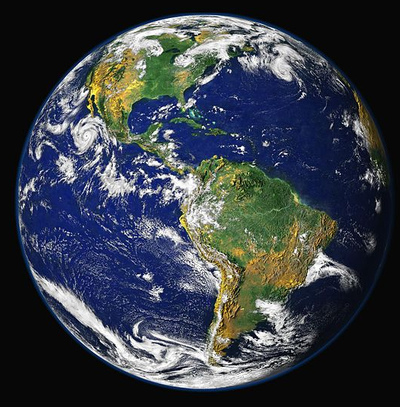 NASA
Carbon-dioxide emissions have risen more rapidly in the last decade, and the atmospheric concentration now stands at about 400 parts per million (ppm), scientists report, noting that changes are needed.

In 2010, the building sector accounted for 32 percent of global final energy consumption and 30 percent of energy-related carbon-dioxide emissions, the scientists report in the Fifth Assessment Report of the U.N. Intergovernmental Panel on Climate Change (IPCC).

CO2 on the Rise

CO2 emissions have risen more rapidly in the last decade, and the atmospheric concentration now stands at about 400 parts per million (ppm), the scientists said.

“If there are no controls in place—and in the U.S., we need stronger controls—then global temperatures could increase around 4.5 degrees Celsius [by the end of this century],” said Berkeley Lab scientist Jayant Sathaye, who has worked on IPCC assessment reports since 1990.

However, “if we can hold the CO2 concentration to between 430 to 480 ppm until 2100, then temperatures won’t increase all that much—maybe by 1.5 degrees Celsius, which would not be a huge impact,” Sathaye said.

The technologies needed to overhaul the current energy supply system are readily available, the Berkeley Lab noted in a research announcement on the report.

“Currently, most of the building performance standards are met at the design stage, and then we say bye-bye,” he said.

“We can’t do that. We have to make sure buildings actually perform the way they’re designed.”

One solution is to recommission buildings more frequently, which means making sure that all components of the building are performing as designed.

Typically, buildings are recommissioned after 20 or 30 years; however, their systems and components start to degrade after only three years of service, Gadgil said.

As for new buildings, Gadgil said that for “a roughly 10 percent increase in first-time costs,” energy consumption can be slashed 40 percent.

“The investment would go towards better systems and higher-grade components, such as thermally insulating windows,” he said.

“For a building in, say, Houston, that would let in less heat, which would allow you to put in smaller chillers and air-conditioning units, thus compensating for the higher cost of better windows.”

In addition to cutting CO2 emissions in buildings, the report also focused on decreasing the carbon footprint in cities.

A new chapter in this year’s report looked at the effect of cities and how elements such as density, infrastructure location, spatial planning, and transit design can be used to reduce a city’s carbon footprint, Berkeley Lab said.

More than half of the world’s population lives in urban areas, and that number could grow to nearly 70 percent by 2050, according to the scientists.

“The bottom line is, there are large opportunities for mitigation in conjunction with sustainable development,” said James McMahon, a Berkeley Lab researcher and lead author on the cities chapter.

McMahon said that “comprehensive spatial planning on multiple scales—from the regional all the way down to neighborhoods and streets—so that infrastructure, transport, and land-use systems work together is the key to sustainability.”

Many cities around the world have already developed their own climate plans to reduce greenhouse gas emissions, the scientists said.