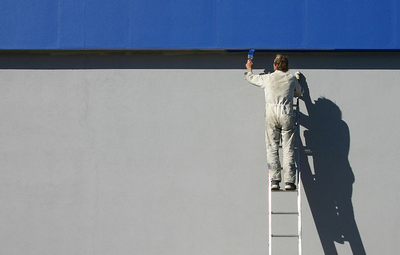 The agency is also considering limiting the types of faux finishes or glazes that are available on the market, according to the ACA.

A representative from SCAQMD did not respond Monday (April 7) to a request for comment. However, a spokesman from ACA said the rule changes would likely be adopted in 2015 and take effect in 2018.

As of Monday, the district had not updated its Rule 1113 website to include any information regarding June 2014 rulemaking discussions.

In a “Rule and Control Measure Forecast” from December 2013, the agency noted that Rule 1113 could see the proposal of potential amendments in 2014 to “include administrative fixes and/or any clarifications that may arise due to compliance verification activities or manufacturer and public input.”

SCAQMD is authorized to regulate air pollution from stationary sources in the South Coast Air Basin, which includes all of Orange County and the non-desert regions of Los Angeles and Los Angeles County, San Bernardino County, and Riverside County.

The district’s amendments have included additional restrictions and lower VOC limits and, most recently in 2011, VOC limits on colorants added at the point of sale.

The new colorant VOC limits went into effect on Jan. 1.

ACA anticipates that the next rulemaking in June “will likely be very burdensome for both coating manufacturers and contractors.”

In a release, the group offered the following details about what SCAQMD may have in store next for the industry.

The air district will likely attempt to lower the current flat, nonflat, and primer VOC limits to 25 g/l from 50g/l, 50 g/l and 100 g/l, respectively, according to ACA.

“Primers are specifically designed for a wide range of substrates and exposure conditions and serve a critical functional purpose; it is extremely important that primers perform well in adhering to substrates because they are often applied as a last resort to solve difficult application challenges,” ACA relates.

The air district may also seek to address the “Small Container Exemption” in Rule 1113 that allows manufacturers to sell certain types of coatings in liter-size or smaller containers without meeting the VOC limits, ACA says.

The group also noted that this exemption does not include select coatings categories such as Clear Wood Finishes and Lacquers.

ACA is concerned about the possible elimination of the exemption, calling it “critical, given the fact that the SCAQMD Rule 1113 limits are the most stringent in the United States.”

This exemption provides the only “safety valve” or “last-resort option that allows for the use of traditional products for challenging applications when the VOC limits in certain categories are ratcheted down or a category is eliminated,” ACA said.

ACA also warns that the district “intends to regulate the spray-gun equipment used by contractors to apply architectural and industrial maintenance coatings.”

SCAQMD will reportedly evaluate the feasibility of a two-phase approach to achieve greater transfer efficiency from the application of architectural coatings.

The first phase will be to incorporate laser paint targeting or other available technology into spray guns to increase transfer efficiency, according to ACA. This phase would require a retrofit by a certain date and incorporation into the design by a certain date.

The second phase would include transfer efficiency provisions requiring that architectural coatings be applied by hand applications such as brush, roller, sponge, or trowel; or by high-volume, low-pressure (HVLP) spray or other technology capable of achieving a transfer efficiency equivalent (65%) or better to HVLP spray, the group reports.

Finally, the regulators are also likely to address the definition of “Faux Finish Glazes” in Rule 1113.

Many glaze products on the market are labeled for application involving a glaze mixture over a dry, properly prepared, painted surface, ACA says. Faux techniques are then used to create the desired appearance.

“Even though the term ‘wet-in-wet’ has never been defined, SCAQMD now believes that the application instructions on most faux finish products do not meet the intent of the ‘wet-in-wet’ rule language,” ACA contends.

“SCAQMD intends to address this issue in the Rule 1113 amendment; however, until the SCAQMD adopts the amendments, it is likely that the sale of many glaze products in the region may be limited,” the ACA warns.

Editor’s Note: In an e-mail sent Tuesday evening, a SCAQMD representative told D+D News that the upcoming rulemaking efforts were a part of a control measure adopted as part of its 2012 Air Quality Management Plan, Appendix IV-A. Specifics may be found at this link, starting on page IV-A-50.