Twice denied a regulatory blessing, the largest paint retailers in the U.S. and Mexico have finally broken off their $2.34 billion engagement.

In a brief announcement Friday (April 4), The Sherwin-Williams Company said it was terminating its September 2013 offer to acquire the Mexican operations of Consorcio Comex, S.A. de C.V., effective immediately. 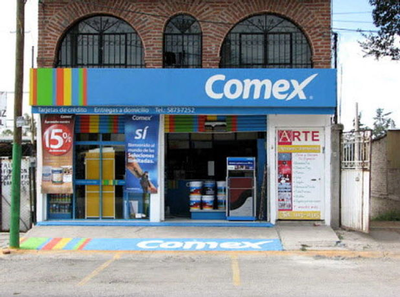 Images: Sherwin-Williams
Sherwin-Williams acquired 314 Comex stores in U.S. and Canada, but has ended its long-running effort to acquire the coating maker's Mexican operations.

The announcement followed a brief statement last month by the Cleveland paint and coatings dealer that it remained in talks with federal trade officials in Mexico over the long-running deal, which both companies had endorsed enthusiastically.

Friday's announcement also included a defense by Sherwin-Williams of its conduct throughout the courtship. The company said the sellers "incorrectly" Sherwin-Williams on April 1 of breaching its agreement with Comex. The Cleveland company has asked the Supreme Court of New York to declare that it had used commercially reasonable efforts to complete the acquisition.

Sherwin-Williams said either party could cancel the deal, because it had not been completed by March 31.

Court documents on the case were not immediately available, and Comex issued no statement.

Sherwin-Williams first announced plans to acquire Comex in November 2012, calling the companies "an ideal fit in every respect." The Comex Group, headquartered in Mexico City, manufactures and sells architectural and industrial coatings throughout Latin America, the U.S. and Canada.

Several months later, the commission rejected the paint maker's appeal of the decision.

The deal would have doubled Sherwin-Williams’ presence in the fast-growing Latin American paint and coatings market.

Mexico's Federal Competition Commission was established in 1993 to enforce the country's then-new Federal Law of Economic Competition. The commission regulates mergers and acquisitions and is charged with preventing monopolistic behavior.

After the first rejection, the commission said a Sherwin takeover of Comex would give the combined company 48 percent to 58 percent of the regional market share—10 times that of its closest competitor.

After each denial, Sherwin-Williams said it would review the commission’s decision and consider all options.

Sherwin-Williams said Friday that it would comment further upon release of its first-quarter 2014 earnings report, set for April 17.

New Suitor in the Wings?

In announcing the deal in 2012, Sherwin-Williams chairman and CEO Christopher M. Connor called it "an exciting step forward in our ongoing effort to bring these two respected companies together" and said the companies were a "good strategic fit."

Meanwhile, Comex CEO Marcos Achar Levy said his company was "delighted" by the deal and looked "forward to making a major contribution to [Sherwin-Williams'] ongoing success across the Americas."

Both Comex and Sherwin-Williams have more than 3,000 retail locations.

Analysts believe PPG Industries Inc. is a “likely” and “logical” bidder for Comex, according to Bloomberg.