Painter Perishes in Fall from Bridge

Federal safety authorities are investigating the death of a painter who fell 100 feet from a Louisiana bridge that was undergoing repair. 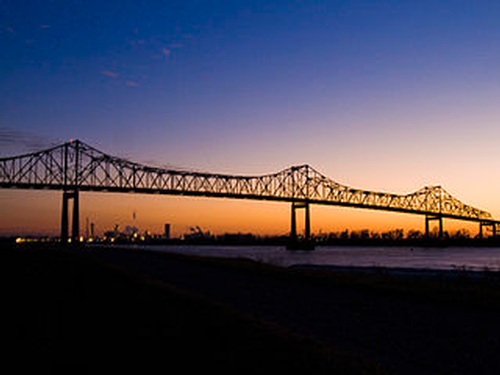 Wikimedia Commons
North Star Painting, of Youngstown, OH, has a $25.1 million contract to rehabilitate and paint the Sunshine Bridge in St. James Parish, LA. An employee of the contractor fell from the bridge Sunday.

Details of the accident were few. Berthelot told The Advocate of Baton Rouge, LA, that another worker said he had been standing beside Rodrigues on scaffolding when he fell. It was not known if Rodrigues was wearing fall protection.

North Star has a $25.1 million contract  to paint the 8,236-foot-long bridge, which carries LA 70 over the Mississippi River between Donaldson and Sorrento.

In a statement Thursday (March 13), North Star Painting said it was "deeply shocked and saddened" by the "death of our friend and colleague."

"We were very fortunate to have worked with Marcos on many bridge projects over the years, and we warmly remember his enthusiastic and skillful support to the projects.

"He was a very kind person who was always willing to give his time and knowledge. We are deeply saddened that we will not have him around us anymore."

Louisiana's Department of Transportation and Development halted the bridge project while the Occupational Safety and Health Administration conducted its investigation, an LA DOTD spokeswoman told The Advocate.

Painting on the bridge had not yet begun. Concrete barriers were being installed from March 6 to March 10, according to a project update last week by LA DOTD.

North Star was cited by OSHA in July 2010 for one serious violation related to fall protection. The company settled the case for a $940 fine.