The 20-by-20-foot cabins will serve as a second dining area for employees.

Where did the social media company procure homestead cabins? Craigslist, of course.

From Ranch to Retweet

Reports say the cabins were salvaged from a couple of remote ranches in Montana and posted on Craigslist by Novato, CA-based contractor Karl Beckmann. 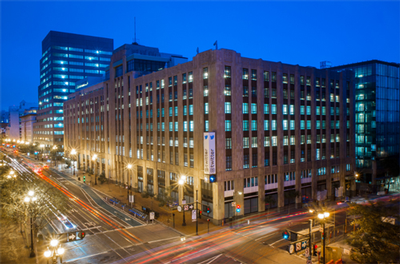 © Twitter
Reclaimed wood and other natural elements are used throughout Twitter's San Francisco headquarters. The cabins are the latest addition.

"We advertised them for a year, and we pretty much got a lot of crackpot calls," Beckmann told the Marin Independent Journal.

Architect Olle Lundberg, of Lundberg Design, answered the ad for his client, thinking that the log cabins would be a perfect way to break up space in the dining area and fit the overall woodsy décor, reports said.

Before the frontier dwellings were installed, rotted logs were replaced with new pine and the roofs were removed, according to reports.

Twitter did not say how much it paid for the log-cabin charm.

But soon, “logging out” may have another meaning around Twitter’s offices, reports Mashable.

Many Twitter users have used their 140 characters to comment on the design move. Our favorites are below.

If Twitter's cabins were at a different tech company, they'd be LinkedIn Logs. http://t.co/hSS2sCusYD

Someday you'll tell your children where you were when @twitter installed log cabins in its mid-Market HQ: http://t.co/j4tNNZSCLr