The fines, by the Occupational Safety and Health Administration, are the same the agency proposed against Lunda Construction Co., of Black River Falls, WI, after the two accidents.

Both accidents occurred at job sites along U.S. Highway 41.

On April 20, 2012, Lunda employee Raymond Ashenbrenner, 58, was struck and killed while unloading a crane at a worksite near De Pere, WI. Lunda was cited for three serious violations and fined $21,000 in that case. 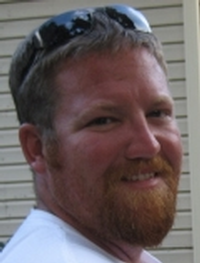 On July 5, 2012, Joseph R. Bidler, 35, was killed when a crane lifting a 52-ton concrete girder collapsed during work on the $54 million Lake Butte des Morts Causeway project in Oshkosh, WI. Bidler was an 11-year employee of Spancrete, a pre-cast concrete maker working as a subcontractor on the causeway project.

The crane had been operated by Martin A. DeRidder, 33, a Lunda employee who was seriously injured in the same accident.

After the second fatality, OSHA placed Lunda in the agency's Severe Violator Enforcement Program, which focuses on what the agency calls “recalcitrant employers who endanger workers by committing willful, repeat or failure-to-abate violations.” The program allows OSHA to inspect any of the employer's facilities or job sites.

The new settlement with Lunda downgrades the severity of the some of the violations and removes the contractor from OSHA's Severe Violator Enforcement Program. The settlement maintains the original fines.

The settlement also requires Lunda to:

Lunda's attorney could not be reached Wednesday (March 5) for comment.

Separately, OSHA settled its case with Choice Construction in January, reducing the five violations to two and the fine to $8,000.

“If there is anything that comes out of this, it is that industry practices are being looked at across the board, and people are doing things a bit different,” Choice Construction president Brian Mitchell told Milwaukee's dailyreporter.com.

“They are trying to do things even more safely than they were.”

Before the two fatal accidents in 2012, OSHA had cited Lunda Construction four times since 2009, resulting in the issuance of five violations, the agency reported. OSHA records also show one or more citations against Lunda each year from 2003 to 2007.