Federal safety authorities have proposed $138,600 in fines against a Georgia-based manufacturer of fiber cement cladding—the company’s sixth such case since 2009.

The Occupational Safety and Health Administration has cited Nichiha USA Inc. for seven safety violations—four repeat and three serious—following a September 2013 inspection, according to a Feb. 27 announcement. 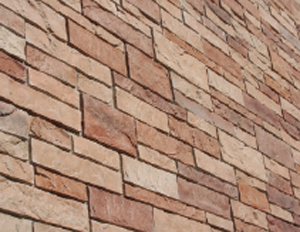 The case stemmed from a complaint regarding the company’s manufacturing plant in Macon, which opened in 2007 and employs roughly 192 workers.

"Nichiha is not taking the necessary steps to protect its workers by ensuring machinery is properly locked out and de-energized before employees perform maintenance and cleaning," according to Bill Fulcher, director of OSHA's Atlanta-East Area Office.

"Workers are exposed to the risk of serious injury or death just to earn a paycheck. Changes must be made immediately."

The company has 15 days from receipt of citations to contest them. Nichiha did not respond to a request Monday (March 3) for comment.

In the new case, Nichiha was cited with four repeat violations, carrying proposed penalties of $117,810.

The allegations include failing to train workers to understand the purpose and function of an energy control program when servicing and maintaining equipment.

The company also allegedly failed to use a group lockout procedure for each worker to prevent equipment startup, OSHA said.

Additionally, Nichiha did not include all confined spaces in its workplace evaluation and failed to use a specific written energy control procedure for an area where employees were required to clean debris, according to the citation documents.

OSHA issues repeat citations when employers have previously been cited for the same or similar violations of standards, regulations, rules, or orders at any facility in federal enforcement states within the last five years.

Nichiha had been issued the same violations, with $20,790 in penalties, at the same facility in November 2009, OSHA said.

In that case, the company was cited for 19 safety hazards, with an initial total penalty of $95,760, which was later reduced to $64,160 through an informal settlement.

In another case from 2009, the federal agency issued $32,800 in fines for nine hazards, including four repeat hazards. The company informally settled that case for $22,200.

As a result of the cases, the manufacturer has been put into OSHA's Severe Violator Enforcement Program, which focuses resources on inspecting employers who show indifference to their legal obligations by committing willful, repeat or failure-to-abate violations, according to OSHA. The program was launched in 2010.

A serious violation reflects substantial probability of death or serious injury from a hazard about which the employer knew or should have known.

According to the company's website, Nichiha USA Inc. is a subsidiary of Nichiha Corp, which was founded in 1998 and is headquartered in Norcross, GA. The company bills itself as an “international leader in fiber cement technology” and has 13 plants worldwide.

The Macon manufacturing facility, which opened in 2007, was the company’s first U.S. plant.

The manufacturer produces a variety of fiber cement siding products for the construction industry.