"Many ACA members formulate and sell paint and coatings products that contain raw materials that are wholly or partially comprised of crystalline silica," the association told OSHA in a cover letter with its comments. 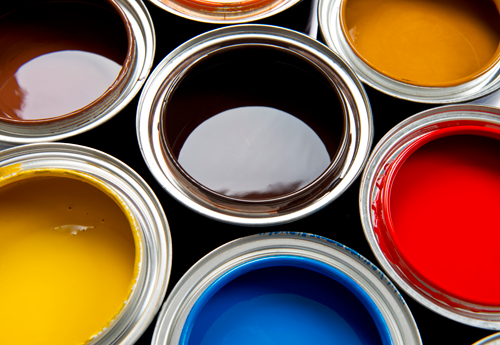 "Paint manufacturing is a batch processing operation that often requires the addition of dry materials, including crystalline silica containing pigments, fillers and additives. In our members’ facilities, these operations are conducted with engineering controls and appropriate protective equipment, thus, protecting our workers."

The coating makers' association also urged OSHA to carefully consider "confounding factors" such as smoking and other "lifestyle activities" before singling out silica as a carcinogen.

ACA submitted its comments on Feb. 11, the last day of the five-month public comment period given the proposal. The proposal has drawn more than 1,600 comments. Hearings are set to begin March 18.

The proposed rulemaking includes two separate standards—one for general industry and maritime employment, and one for construction—which would have widespread impact on the industrial and commercial coating and abrasive-blasting industries.

Construction-related employers from many sectors have mobilized to fight the proposal rule, which would limit worker exposure to a PEL of 50 micrograms of respirable crystalline silica per cubic meter of air, averaged over an eight-hour day—a sharp reduction from the current limits.

OSHA says that more than two million America workers each year are exposed to silica dust. The agency says the new standards would save nearly 700 lives and prevent 1,600 new cases of deadly silicosis annually.

The ACA, on the other hand, argues that the proposed rule "carries significant administrative requirement, including medical monitoring and detailed recordkeeping" that are not needed in the paint manufacturing workplace.

ACA cites "OSHA's acknowledgment" that data from prior inspections of those workplaces show respirable crystalline exposures "generally below 20 micrograms per cubic meter"—well below the proposed limits.

The association noted the results of a study it conducted years ago with California's Office of Environmental Health Hazard Assessment.

That study "showed that the application of a paint containing 6 percent crystalline silica and subsequent sanding of painted surfaces did not result in detectable levels of respirable crystalline silica," the ACA said.

Even workers who spray-apply coatings and perform sanding on silica-containing paint do not meet the proposed PEL threshhold, the association contends.

"Imposition of a fixed value standard is expected to result in many previously compliant industries and operations facing increased control requirements," the ACA said.

(CPWR: The Center for Construction Research and Safety does not list painting as a task that puts workers at risk, although it does list paints containing silica as materials that may do so. CPWR does include sanding in its tasks that put workers at risk.)

OSHA has estimated the cost of silica monitoring in the paint manufacturing industry at $70,423. The ACA says its Occupational Health and Safety Committee has put the cost at 10 times that amount.

Likening the silica issue to lead paint issues, the association said: "Of critical importance is the recognition of the limited feasibility of engineering controls for construction operations, including painting.

ACA's comments include numerous requests, including that OSHA:

The ACA's comments in full are available here.