Houston Gears Up for Competition, Show

The 24th annual competition will take place April 12 in the run-up to the society's annual Trade Show, set for April 25.

The competition will be held from 9 a.m. to 2 p.m. CT April 12 at the Marco Facility in Deer Park, TX. Teams may consist of a foreman, craftsman and helper to show off their painting skills and compete for a chance to win $300 per person and a free NACE CIP or SSPC training course.

Entry is free, but participants must bring their own equipment. Paint, an application panel and compressed air will be provided. 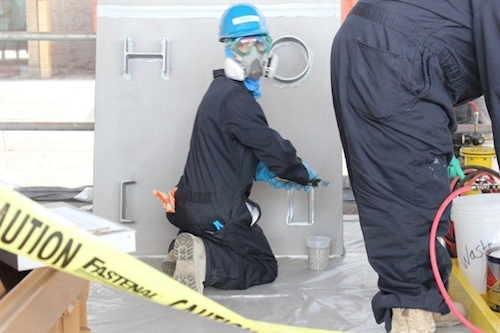 Along with the competition, the day will consist of family-friendly activities, including games, entertainment, face painting, door prizes, food and snowcones.

Two weeks later, the society will host its 2014 Trade Show at the Pasadena Convention Center in Pasadena, TX.

More than 70 exhibitors are planned, and the exhibit hall will be open from noon to 10 p.m. CT. A technical program will be held from 3 to 5 p.m. CT, featuring a session on "Self-Healing Coatings."

The one-day show will also feature a live band and crawfish boil.

The Coating Society of the Houston Area was established in 1956 to promote education and best practices in corrosion control and to expand the knowledge and proper use of protective coatings.