No, the scenery may be different, but the challenges are the same around the world:

Those are among the commonalities that a multinational audience found at Tuesday (Feb. 11) at SSPC 2014's first International Spotlight session. 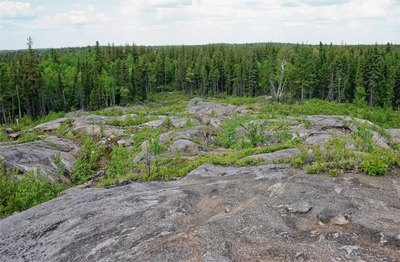 The first-year focus was on Canada, where SSPC has its largest non-U.S. membership.

SSPC hatched the idea for the International Spotlight on the theory that many issues in the industry cross borders. A four-member panel and multinational audience provided evidence that they were right.

The discussion ranged across a familiar litany of concerns.

Apprentice programs and classroom training are important, but "the real training happens out on the job," as Gingras said.

The problem, said Harper: "The fight comes in my company when you try to take the spray gun away from the 40-year-old and hand it to a 20-year-old. That's a challenge."

Younger workers end up on the worst shifts, unable to get the time they need on the gun, Harper said.

Industrial coating is a good career, but the industry needs to do a better job of selling it in the schools. In booming Western Canada, Harper said his workers earned more than $100,000 if they worked nine months last year. "That's not bad," he added.

Mogavero agreed. "This is an industry where young people can make an awful lot of money, and I don't think that word is getting out there to the schools," he said.

"Teachers are protecting their own jobs by trying to make these kids go to college and university," he added. Students planning their post-secondary life should be told, "You're going to come out [of an apprentice program] debt free and making, $50[,000], $80[,000] or $100,000."

Young people also might be more inclined to get in the game if they weren't always the first ones laid off, Mogavero said, adding, "But then the old guys will be afraid to teach the young guys because they're afraid of losing their jobs."

Panelists let loose against elected officials who do not understand the importance of funding maintenance. Harper said he asked several regional officials why there was no maintenance money for 184 seriously degraded bridges and was told the problem wasn't "sexy enough" to win the public over.

He said that 10 years ago, he was able to push his hand through a rusted-out supporting beam on a bridge that he now refuses to cross.

"It's that bad," he said. "That bridge is going to fall down. And the politicians won't do a goddam thing about it.... Sooner or later, some woman, some child, some man is going to die crossing that damn bridge."

Worst of all are railway bridges, Mogavero said to a roomful of nods. "When I started in business, we painted two or three [railway] bridges a year," he said. "I haven't done a railway bridge in 20 years."

Railway bridges get "zero maintenance," when a power wash every couple of years would allow many to "last forever," Mogavero said.

Moderator Jim Stone, an Ontario consultant, said, "We should be painting 30 bridges a year, just to keep up with maintenance. We're not painting any."

McMurdy said the same was true in the U.S. and an Australian member confirmed the same in his country.

To raise the discussion above a gripe session, McMurdy challenged participants to make suggestions for change and, specifically, to suggest how SSPC could lead the changes needed.

"Surely we can be proactive in some manner," by going out to educate municipalities with documented cost-benefits analyses of maintenance coating. He urged participants to leverage their connections to set up meetings where SSPC staff could make the case for protective coatings.

As Gingras put it, "We have to educate them on the cost of corrosion. We have to prove to them that they can save money in the long run."

Although budgets are constantly strapped, resources are available for a coatings program that can prove its worth, said McMurdy.

"When there's an emergency, boom, they come up with money for it."