The payment will help reimburse the EPA or provide funds for future cleanup at sites in Massachusetts, Georgia, Texas, California, New York and elsewhere that were contaminated by asbestos and other hazardous substances. 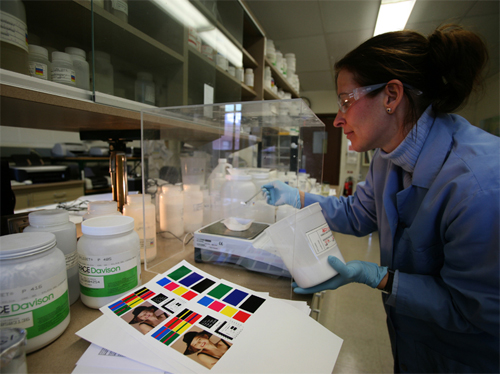 “Communities across the United States will benefit from this payment of present and future cleanup costs,” said Robert G. Dreher, Acting Assistant Attorney General for the Environment and Natural Resources Division. “The Justice Department is committed to holding polluters responsible for their environmental legacy, and won’t just walk away leaving taxpayers to pick up the tab.”

W.R. Grace’s payment includes approximately $54 million for the EPA. The company also agreed to pay an additional $9 million to other federal agencies, including the U.S. Department of Interior and the U.S. Army.

The company and 61 affiliated companies filed for Chapter 11 bankruptcy in April 2001 in order to resolve its asbestos-related liabilities. When the company sought protection, it was facing "more than 129,000 personal-injury lawsuits from people who said they became sick after being exposed to asbestos, a heat-resistant material used in insulation that can cause cancer," according to the Washington Post.

In 2003, EPA filed claims against the company to recover past and future cleanup costs at sites contaminated by asbestos and other hazardous substances.

Numerous agreements to resolve the agency’s environmental liability claims against the company and its affiliates were negotiated as part of the company’s bankruptcy proceedings between April 2008 and February 2013.

A spokesman for the company said the funding released to the EPA has been a part of the company's "Joint Plan of Reorganization" since 2008.

On Feb. 3, the company announced its emergence from bankruptcy. The exit plan establishes two trusts worth $4 billion to compensate victims and property owners exposed to asbestos, according to the company.

The approximately $54 million payment to EPA will reimburse the agency for cleanup costs or provide funds for future cleanup at the following Superfund sites:

The EPA noted that W.R. Grace’s liability for asbestos contamination in the town of Libby, MT, was addressed in a separate June 2008 settlement that resulted in a payment of $250 million to the EPA.

W.R. Grace continues to be responsible for addressing cleanup at the Libby Mine. More than 100 former workers had filed lawsuits against the company stemming from asbestos exposure at the mine.

The company continues to be responsible for all of the sites it owns or operates and for any additional sites that were not known or resolved under the earlier settlements, the EPA noted.

Company spokesman Rich Badmington said much of the work at the sites involved in this case has already been completed by the EPA or Grace.