Industrial maintenance and specialty coatings in Southern California are beginning the new year under the nation's first VOC restrictions for colorants.

The changes have been pending since June 2011, when the district approved a number of amendments to its Rule 1113 on architectural and industrial maintenance coatings.

The changes include lower Volatile Organic Compound content limits on a number of specialty coatings and new labeling requirements.

All of the changes took effect Jan. 1. 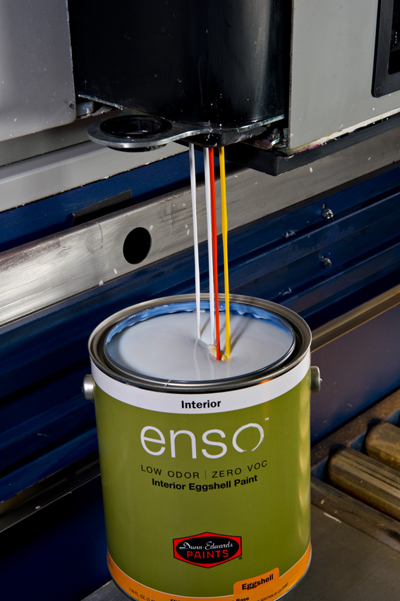 Also targeted for elimination is the rule’s VOC “averaging” provision, which gives coatings manufacturers a flexibility option in meeting the VOC content provisions. Averaging will be eliminated on Jan. 1, 2015.

The Rule 1113 changes do not include lower VOC limits on primers, sealers and undercoaters. Those reductions had been proposed by the district’s staff, but strongly opposed by coatings-industry representatives. The VOC content limit for those products remains at 100 grams per liter.

The South Coast district has long imposed the nation’s toughest VOC rules on field-applied paints and coatings. The rules are designed to reduce air-pollution levels in the smog-plagued Los Angeles air basin.

South Coast's actions are closely watched nationwide as a potential bellwether for future regulatory changes elsewhere in the United States.

The VOC limits are only for colorants used to tint coating at the point of sale (POS), including retail outlets that add colorant to a coating container to obtain a specific color.

There is no “sell-through provision” for this change, district officials note. Therefore, all colorants used to tint coatings at the POS after Jan. 1 must meet the new VOC limits.

The amount of VOC content after tinting can vary, depending in part on the color. Light or pastel colors require lower levels of colorant to achieve the target color, while greater amounts are needed for medium, deep or accent colors.

Colorants containing near-zero VOCs have been developed by a number of companies.

The amendments to Rule 1113 also include lower VOC limits on several categories of specialty coatings. Those categories and VOC limits, also effective Jan. 1, are as follows.

The amendments of June 2011 also revised subparagraph (f)(1), referred to as “the small container exemption.” They require, as of Jan. 1, 2014, that coatings sold in one-liter or smaller containers to comply with all provisions of the rule, except the VOC limits.

Hence, all other rule requirements, including labeling mandates, would apply to coatings sold in all container sizes.

In 2013, coating manufacturers expressed concern with labeling very small containers, such as sample sizes of two fluid ounces or less and stains sold in the shape of a pen containing about 1/3 of a fluid ounce of product, according to district officials.

Therefore, the rule was amended on Sept. 6, 2013, to exempt coatings sold in two fluid ounces or smaller containers from the labeling provisions.

The officials also note there is no sell-through provision for this change. Therefore, coatings sold in containers larger than two fluid ounces must comply with all of the Rule 1113 labeling requirements, including VOC content and date of manufacture or a code indicating the date of manufacture.

Also effective Jan. 1, 2014, the VOC content must be displayed as follows: