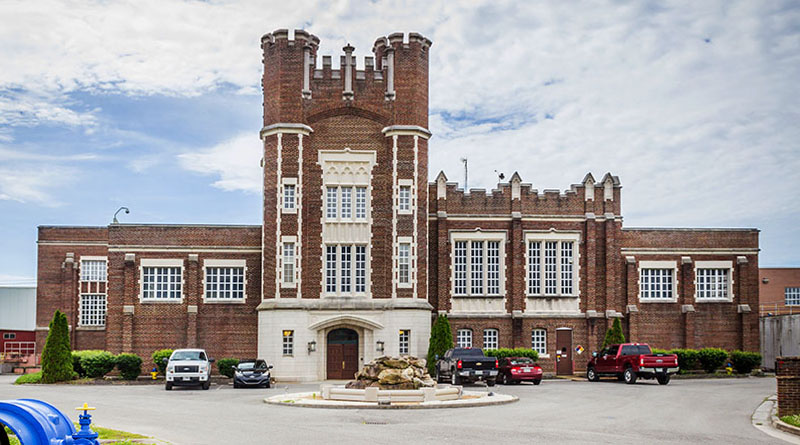 The Mark B. Whitaker Water Treatment Plant in Knoxville, Tennessee, is often mistaken for a castle or collegiate building because of its architectural style. PHOTOS COURTESY of TNEMEC COMPANY INC.

The Mark B. Whitaker Water Treatment Plant in Knoxville, Tennessee, is one of the oldest and most distinctive operating water treatment facilities in the country. Noted for both its castle-like gothic architecture and its importance to Knoxville’s history, the plant has been a sight to see for nearly a century, especially for those traveling down the Tennessee River.

The Whitaker plant was designed by architect Victor Matteson in 1927, and although its exterior looks like a building from the past, its inner workings are far from outdated. Distinguished by many infrastructure upgrades and the ability to process 60 million gallons per day (MGD), the Whitaker plant continues to operate efficiently, providing the locals with quality water through a variety of modern processes.

A Problem Begging for a Solution

During a walk-through in 2016, local Tnemec coating representative Mark Goulet noted accelerated corrosion on the exterior surfaces of the ductile iron pipes (DIP) in the gallery. After discussing the possible causes for this corrosion, Goulet determined it was due to the persistent condensation in the area, which was present on both the pipes themselves and the concrete ceiling above them. In fact, this area was so humid, it practically rained from the concrete most of the year.

Like decision makers at many water treatment plants, the owner was faced with a familiar choice: 1) recoat the pipes with the same epoxy coating and see the same results, 2) install HVAC units to control the interior temperature of the building and the moisture, or 3) apply an insulating coating to help limit the creation of the condensation.

The plant manager had recently received a sample of Aerolon, an insulating coating made by Tnemec, which had been applied to an aluminum water bottle. This bottle, when filled with cold water, showed that the product could indeed reduce condensation, but the manager wanted to see how the product would perform in their facility.

The owners decided to apply a test patch of this coating system to the piping and evaluate its performance over time. A small section of pipe — in a spot where condensation commonly occurred — was prepared in accordance with SSPC-SP3 Power Tool Cleaning and primed using a moisture-cured, MIO/zinc-filled urethane primer. The thermal insulating coating, Series 971 Aerolon, was then applied in two coats, 40-50 mils dry film thickness (DFT) per coat. The system was topcoated using an acrylic polymer.

This sample stood for nearly three years — three long winters and three hot summers — while the owner evaluated its performance. In the end, the coating proved its ability to limit condensation on the pipe. The owner noted zero change in the coating’s appearance and a significant difference in the amount of condensation forming on the Aerolon-coated pipe. 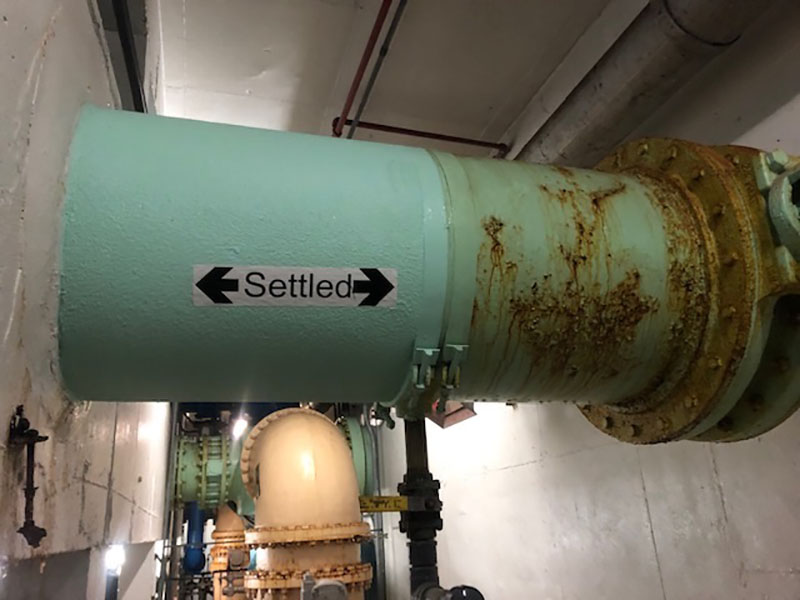 After three years, this test patch in the Whitaker WTP showed no signs of degradation from condensation or corrosion.

In 2019, convinced of the thermal coating’s performance capabilities and finally able to fund the project, the owner decided to coat all the sweating pipes in the gallery and the concrete ceilings to help limit the condensation and the problems associated with it. 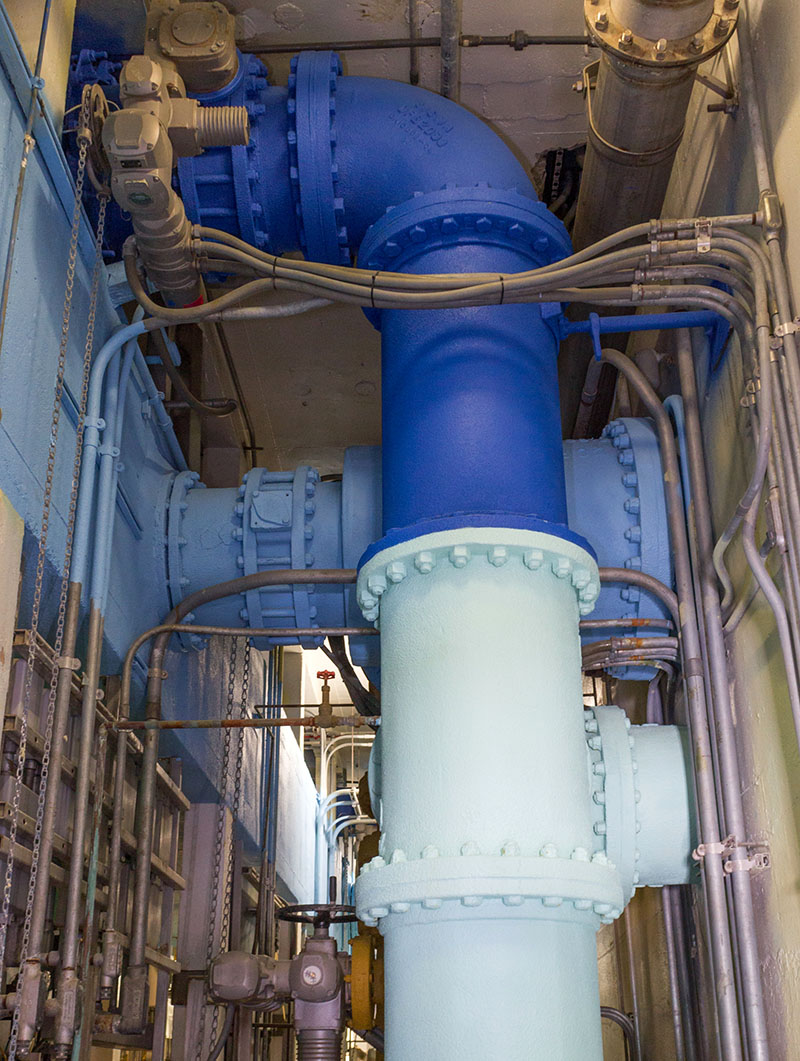 To reduce condensation and corrosion, large-diameter ductile iron pipe and concrete surfaces in the Whitaker WTP were coated with Aerolon, the thermal insulating coating system.

Ductile iron surfaces were prepared to SSPC-SP3 Power Tool Cleaning and primed using the aforementioned MIO/zinc-filled primer, which can be applied over minimally prepared steel and concrete surfaces. The primer on the DIP was followed with Aerolon, specified to be applied in two coats for a total of 80-100 mils DFT. The coating was applied to all connected valves, flanges and other areas that are usually difficult to insulate and protect from condensation.

The existing epoxy coatings on the concrete surfaces were scarified, cleaned and dried before receiving two coats of Aerolon. Then all coated surfaces were finished with an acrylic polymer coating, which is available in almost any color, including the preferred color codes for water, waste and chemical lines of pipe, as recommended by the American Water Works Association (AWWA). This topcoat was applied by brush, roll and spray, depending on the accessibility of the surface.

Since completed, the insulating coating system has made a major difference in the presence of condensation and corrosion within the plant. The owner continues to monitor the coating but has already shared its success with other utilities in the area and expects to see significant savings from the more-reliable performance of the coating system.

Other surfaces on the exterior of the plant were coated using a high-performance acrylic mastic coating, which could be applied to standpipes and pipe crossings without the need for abrasive blasting and containment, also saving the utility significant time and money.

For more information about this project, or to see other similar projects, visit tnemec.com/nosweat.