Coordinating coatings on a fast track, multi-phased project with several hundred construction workers and equipment installers on site at the same time provided a challenge for Vulcan Painters. The project, a new construction addition on an existing family-owned poultry processing business, began in cold, damp February weather, and the scope included painting all interior and exterior walls, caulking in walls and floors, and painting miscellaneous steel—piping, a sky bridge, bollards and stairways, as well as concrete masonry units (CMUs). 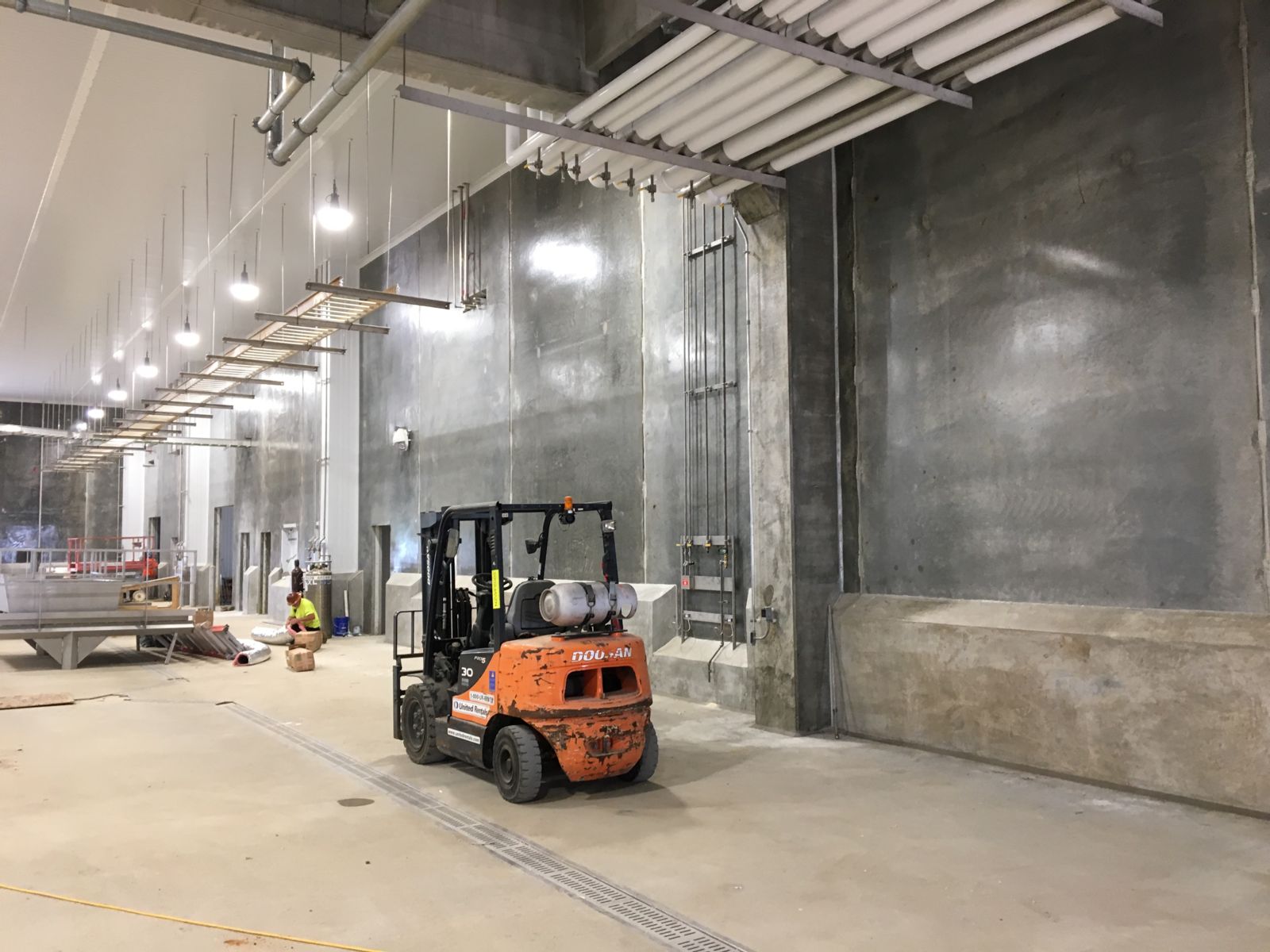 The production area’s walls were coated with a clear water-based polyurethane.

The project’s biggest challenge was coordinating coating with the work schedules of several hundred other contractor employees performing other trade work and installing equipment at the same time. That coordination required night shift work to avoid conflicts in some cases. Particularly challenging was coating in the mechanical room, a 100-foot-long and 30-foot-tall space lined with machinery, and 50 other construction workers in various trades working there at the same time. It was a tight work space for the 10-man crew. Specified materials for the project included Sherwin-Williams products, BASF items and Metzger-McGuire polyurea caulk.

By mid May, temperatures were more summer-like and painters were finishing change-order work and punch-list items. The last item to be completed was the floor joint sealant in the coolers, which had to be on and cooling at 40 degrees for two weeks before they could be caulked. The crew saw-cut the joints and installed a poly-cell backer rod prior to caulking. Metzger-McGuire caulk was selected because it can be applied at temperatures below freezing. 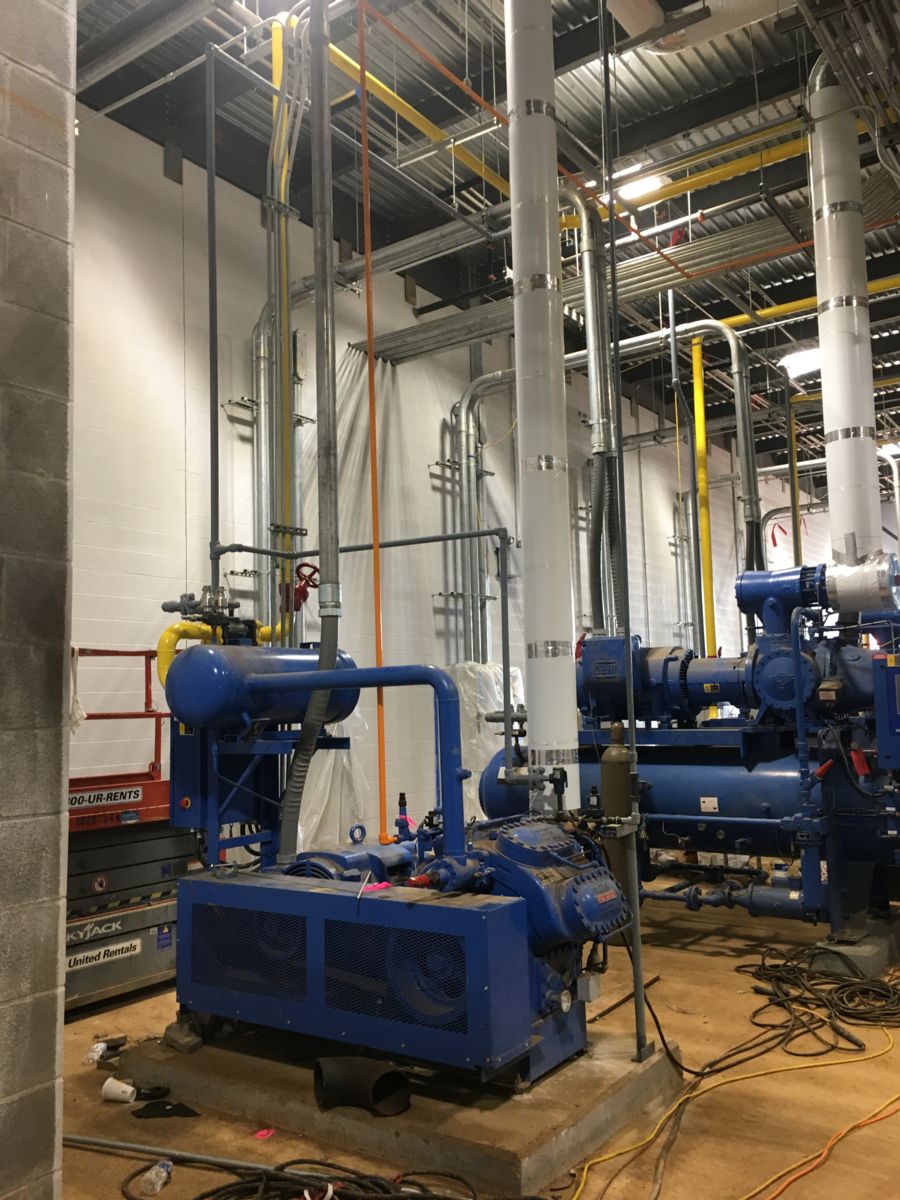 The mechanical room was filled with about 50 workers from other trades while Vulcan Painters worked in it.