The Innovation Behind Water-Based PVDF Coatings 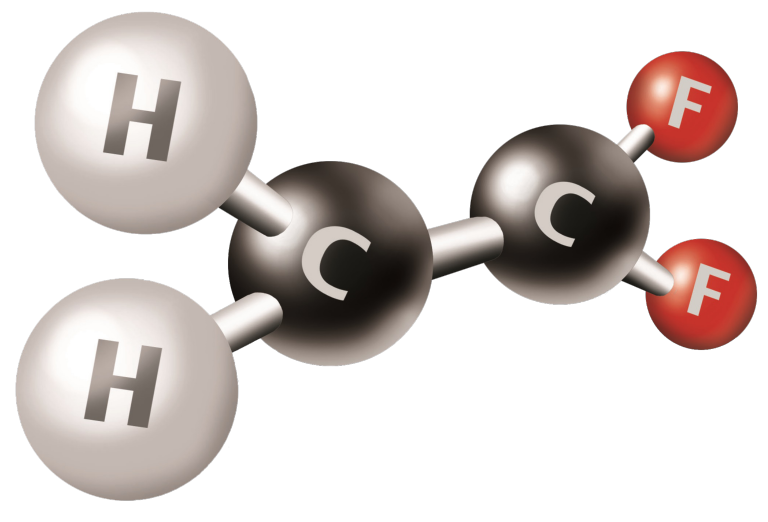 The Role of Solvents and Water in Coatings

In coatings, the purpose of solvents or water is to dissolve or disperse other contents — which include resin, pigment and additives — in the formulation. Once the coating is applied to a surface, the solvent or water evaporates, leaving the solids content in a dried film formation on the substrate.

The type of solvent used depends on the coating formulation and application or curing parameters, but in general, solvents offer an efficient means for dissolving and dispersing raw material components, and they evaporate rapidly. Solvent-based formulations have an inherently low surface tension and will wet out on most substrates without the use of additives.

Water can replace solvents in coatings to help reduce emissions and VOCs, but these coatings generally still contain a small percentage of co-solvent to help the process. Chemists formulating most water-based coatings must understand the characteristics of the polymer chemistry, impact of rheology modifiers and appropriate co-solvents to optimize a continuous film formation.

Some users of high-performance architectural coating technologies believe that water-based coatings do not provide the same ease of use, long-lasting durability, extreme weatherability and color-retention properties as solvent-based coatings. However, APV Engineered Coatings, experts in coating research, development, manufacturing and application, say they have made a mission of pushing the envelope. The company is a licensee of Arkema, Inc., a France-based manufacturer of Kynar Aquatec, which is a polyvinylidene fluoride (PVDF) water-based resin emulsion. This emulsion is the binder in APV’s line of NeverFade Façade Restoration Coatings, a water-based, eco-friendly system engineered to match the performance of solvent-based products.

Kynar Aquatec PVDF resin, a tough engineering thermoplastic with a demonstrated record of performance in extreme conditions, is the backbone of the water-based system, applied by Stuart Dean on the office building at 610 Newport Center Drive project in Newport Beach, California.

The first generation of the PVDF resin, Kynar 500, invented more than 50 years ago, is hard resin technology that is dissolved in solvents to help develop factory-applied OEM coating systems. It requires 400-500 degrees Fahrenheit baking temperature to react and cure; therefore, it is only applicable for use on metal surfaces that can withstand these high temperatures. While this resin technology is known for its weathering performance in the field and is well-established in the global architectural industry, its high baking temperatures created limitations.

The architectural industry's demand for a PVDF-based coating system that can be field-applied, air-dried, and used on multiple substrates, coupled with environmental regulations and health-and-safety concerns associated with high-VOC emissions, prompted Arkema to create a water-based version of the resin: Kynar Aquatec, which now has nearly 20 years of identical performance to Kynar 500 in harsh outdoor environments.

Safety and the Environment

When working with solvent-based coatings, proper respiratory protection must be used, and care must be taken with respect to flammability. Water-based coatings require less-stringent safety practices, and are low in VOCs and odor, allowing them to be applied with minimal impact to the safety and comfort of the contractors and building occupants. They also can help coatings professionals reduce their disposal of hazardous waste and meet environmental regulations, such as SCAQMD Rule 1113 VOC limits in Southern California for water waste runoff.

In the case of the office building on Newport Center Drive, the Stuart Dean team said they received no complaints on disruption from odor while occupants regularly utilized the building during coating installation. In addition to minimizing odor, HAPs and VOCs, workers were able to use water instead of solvents or paint thinner to clean their hands and the equipment.

Best of Both Worlds

Projects like the Newport Beach application of NeverFade Facade Restoration Coatings are a testament to the industry's growing reliance on high-performing, water-based exterior restoration coatings to sustainably lengthen the life of the building facade. The APV 15-year product-and-labor warranty that covers color fading and chalking is evidence of the company’s confidence in the NeverFade system’s ability to provide the best of both worlds: a water-based system that is field-applied, user-friendly and low in VOCs combined with the long-term weathering performance needed for exterior architecture components exposed to harsh environmental conditions.

NeverFade is a registered trademark of APV Engineered Coatings; Kynar and Kynar Aquatec are registered trademarks of Arkema, Inc. Claims or positions expressed by sponsoring authors do not necessarily reflect the views of TPC, PaintSquare or its editors.
Tweet
ADVERTISEMENT