Safway has announced the launch of its new Infrastructure Services Group, focused on providing safe and productive solutions for the construction, maintenance and repair of bridges, railroads, airports, shipping ports and other transportation systems, as well as power plants, stadiums and arenas.

“Safway is responding to the tremendous need to rebuild North American infrastructure and is distinctly qualified to serve this need through our broad and deep array of access services, technologies and resources,” said Bill Hayes, Safway president and CEO. “Now, infrastructure customers can work with a dedicated team providing market-specific engineering and project management expertise. From transportation and waterways, to traditional and green power plants and large public venues like arenas and stadiums, Safway’s new Infrastructure Services Group understands how to deliver safe, productive and time-saving access and protective coatings solutions.”

The company will dedicate a team of six regional infrastructure managers and nine engineers and field service professionals across its 115 branch locations to support its more than 150 sales reps as they pursue infrastructure opportunities in the U.S. and Canada. The Infrastructure Services Group is expected to become the third major component of Safway’s revenue base, in addition to its historical markets of energy/industrial and commercial renovation and new construction. 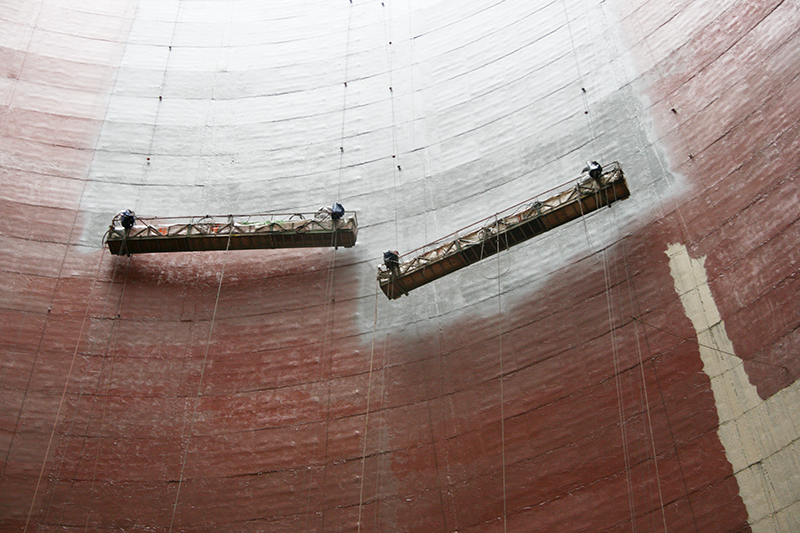 “For 70 years, Spider has established a reputation for quality hoists, swing stages and rigging solutions,” said Hayes, “and bridges are one of the company’s areas of expertise.”

Over the past several years, Safway has also added several companies with a wide range of experience and state-of-the-art technology in surface preparation and coatings. These include the nationally based North American Coatings (CL Coatings and Industrial Coatings & Fireproofing), U.S. Gulf-focused Mobley Industrial Services (now MobleySafway Solutions) and Dalco, based in western Canada.

With its patented and proprietary QuikDeck and QuikShield Suspended Access Systems, Safway offers comprehensive solutions for the repair and maintenance of bridges. According to the company, QuikDeck provides safe, factory-floor-like working conditions and often allows bridges, airports and railroads to stay open and in use while a major repair and rehabilitation project is under way.

“QuikDeck helps reduce the time required by craft labor to repair a bridge, and we have documented case studies that highlight savings of 10–15 percent in bridge repair or refurbishment when using QuikDeck over other access solutions,” Hayes added.“With our track record of providing safe, productive solutions for bridge maintenance and repair, our recent acquisition of leading powered suspended access brands and our expanded capabilities in surface preparation and coatings, we are uniquely positioned to serve as the go-to resource for these types of civil engineering projects.”

Brent Luedtke, who was named business development director of the Infrastructure Services Group, pointed to the clear and growing need for infrastructure maintenance and repair services in the United States. For example, according to the Federal Highway Administration (FHWA), in 2016 there were 130,797 deficient bridges in the United States — representing nearly 22 percent of total bridges — which were structurally deficient or functionally obsolete. 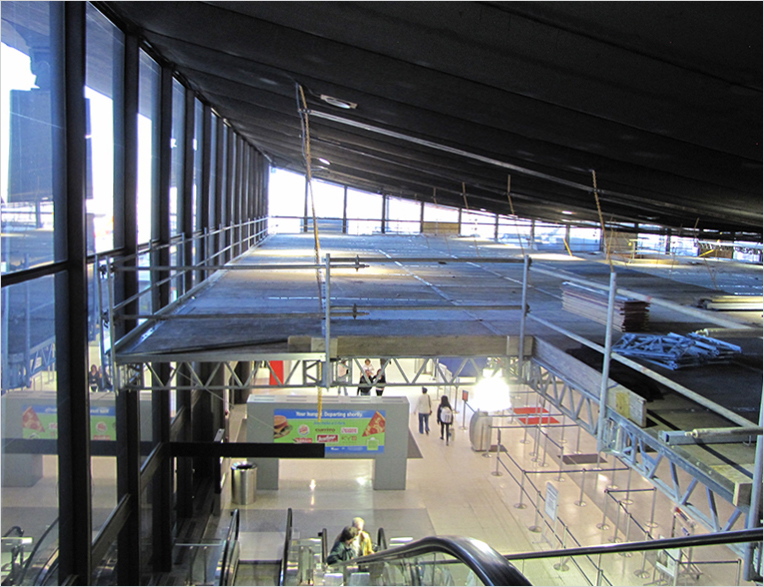 Safway used 44,000 square feet of QuikDeck, along with Systems Scaffold and debris netting in the renovation of Terminal C at Boston's Logan Airport.

“The backlog will only continue as bridges age,” Luedtke said. “Similar needs exist with rail, airport and port infrastructure. In fact, just the 50 top-priority infrastructure projects cited by President Trump’s administration total $137 billion in construction spend — and the access and protective coatings component of this spend is not insignificant.”

Reporting ownership of $650 million in access and scaffolding equipment and employment of more than 10,000 across the United States and Canada, the company claims it can quickly deploy equipment, materials and labor to any infrastructure project. Examples of Safway’s past projects include providing access and other services in the construction of the new San Francisco-to-Oakland Bridge (SFOB), refurbishment projects for the Longfellow Bridge in Boston, Madison Square Garden, and Busch Stadium in St. Louis, and renovations in the terminals at both the Hartsfield–Jackson Atlanta International Airport and Tampa International Airport.