It is no secret that the infrastructure in the United States is in need of maintenance, especially our bridges. The Department of Transportation noted in July 2015 that the percentage of bridges deemed to be structurally deficient or functionally obsolete ranges from a low of 11.5 percent in Minnesota to a high of 52.5 percent in Massachusetts, with most states in the 20 percent-or-higher range.*

In the world of concrete bridge protection, liquid-applied high-performance polyurea membranes have continued to grow as the material of choice over the past 15 years. Polyurea’s enhanced durability, bonding to concrete and crack-bridging characteristics are unmatched by coatings and paints that have been used historically. 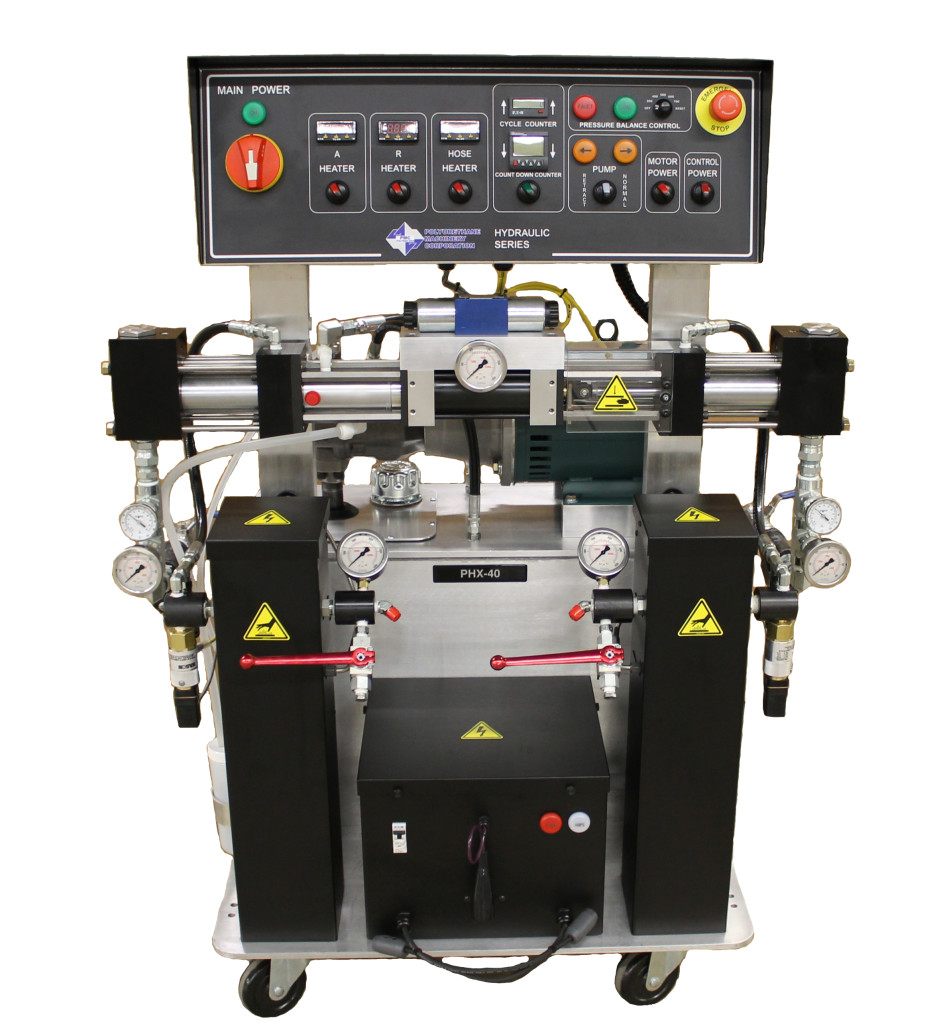 The PMC PHX40 hydraulic proportioner (shown) can be combined with the company's AP-2 spray gun and the SprayWorks Spraybot for efficient robotic application. PHOTO: COURTESY OF PMC

The 7-mile-long San Mateo Bridge in California added three new lanes in 2002 that were coated with polyurea. This gave the industry a high-profile project that has proven to be a beacon of success. Polyurea has since been used globally for projects from small rail bridges in Norway to very large bridges, like the Jiaozhou Bay Bridge in China.

Imagine if 10 percent of the material that was sprayed on these past projects could have been saved. With robotic application, that kind of material savings is possible today. The combination of the Spraybot by SprayWorks and PHX40 hydraulic proportioner with the AP-2 spray gun from PMC achieves this.

“Spray-applied waterproofing now accounts for over 50 percent of the membranes applied to our bridges,” says Alexander Bardow, P.E., state bridge engineer with the Massachusetts Department of Transportation (MassDOT).** Given the number of bridges needing attention in the state, a lot of bridge decks will be sprayed with polyurea in the coming years.***

The Butler County Bridge, in Ohio, is an example of a bridge that used robotic spray technology. This 3,000 square-foot bridge deck was completed in a day within a very tight specification of thickness. Utilizing the Spraybot from SprayWorks combined with polyurea spray equipment from Polyurethane Machinery Corporation, the robot was set up to spray a 7-foot-wide swath.

Once the speed of the reciprocator and drive system were synchronized, the Spraybot proceeded at a specific pace, applying an even thickness across an area that a person could not hope to match. The detail areas were then tied in with hand-held spray guns. This is just one example. A recent multi-year project in Missouri, known as Safe and Sound, saw the rehabilitation of 227 bridges using the Spraybot for coatings application. 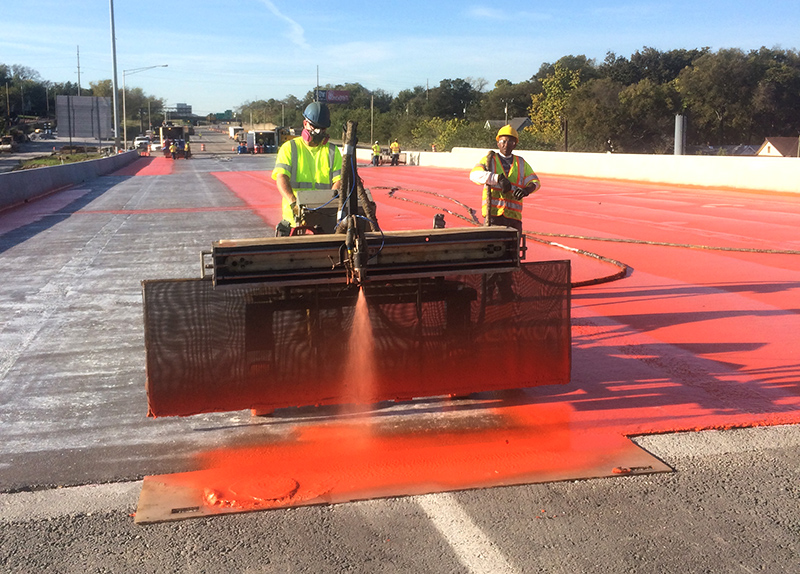 Spray technique changes from sprayer to sprayer, and is a skill that is learned over time. The variation that can result from different operators, fatigue and other factors, can add material cost or unacceptable thickness. Robotics removes the variation causing these problems. Complete training must be provided so that making the transition from hand-held spray to robotic application is effective. Once the training is complete, the result will be consistent material thickness.

Robotic application has many advantages, from the bidding process to the material application. In the bidding process, there is a more accurate estimate of materials, which provides a competitive edge. Workers are subject to less fatigue and repetitive motion, and the job is finished faster with a larger spray area covered. The material use is under tighter control. All of this allows the equipment to be amortized quickly. When time and material (translation: money) can be saved and safety increased, the real question is: Why not use robotics?