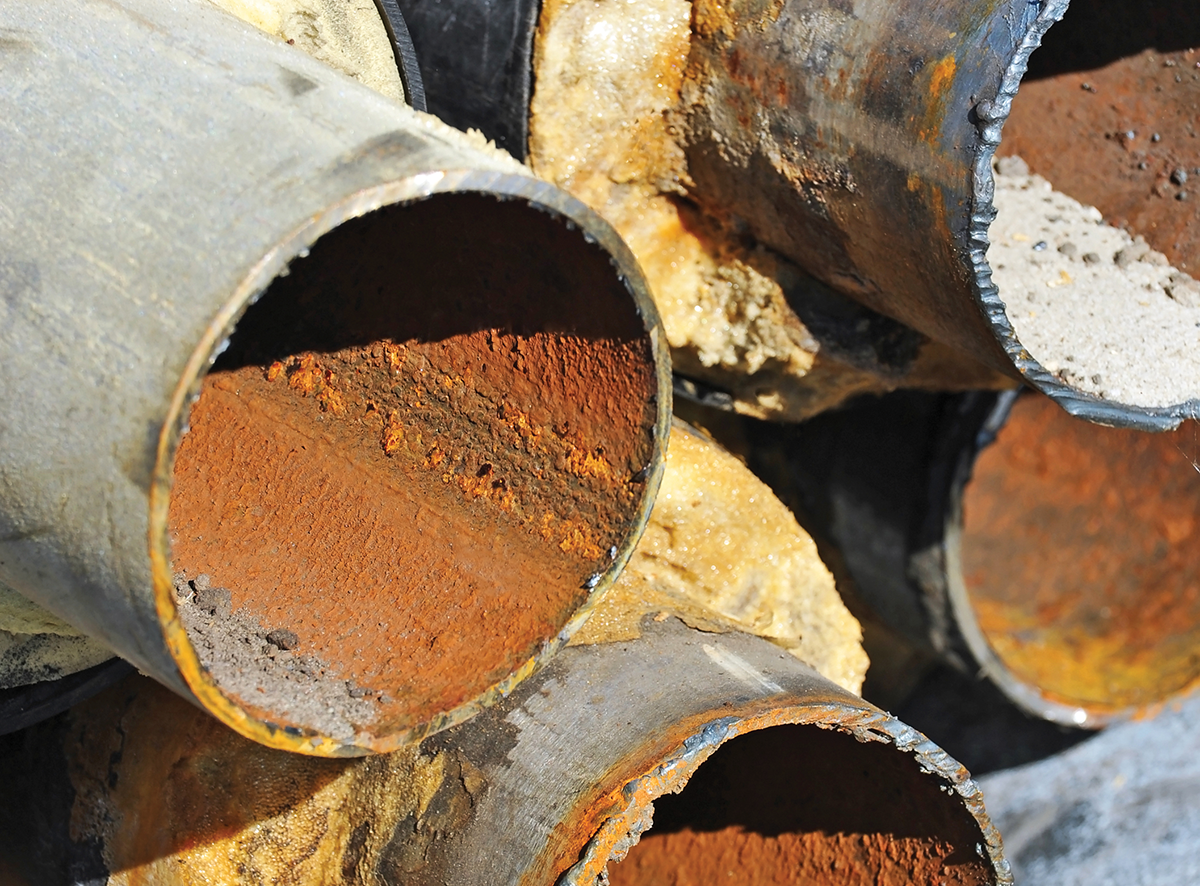 Coating Additive Enhances Corrosion Protection Before and During Service

In the battle against corrosion under insulation (CUI) on downstream oil and gas assets, most coatings come up short. The moisture, heat and contaminants trapped within insulation installed on pipes, valves, tanks and other assets create an environment ripe for coating film loss and corrosion. Without sufficient film builds, reinforced additives and other properties, coatings are prone to degrading under insulation. Some epoxy-based coatings may even begin to deteriorate before insulation is installed over top due to extended exposures to marine atmospheric conditions and the sun’s ultraviolet (UV) light, making them more prone to CUI.

The common industry goal is to mitigate the effects of CUI for as long as possible. Given the limitations of many of today’s coating solutions in curbing CUI, Sherwin-Williams Protective & Marine wanted to test new candidates — starting with epoxy-based formulations that have successful track records in other uses. Third-party testing identified four primary coatings — a high-temperature epoxy phenolic, a high-temperature epoxy, an ultra high-solids novolac amine epoxy and an inert multipolymeric matrix (IMM) coating — that slow the progression of CUI more effectively than many of today’s traditionally specified coatings.

Embedded in a coating’s matrix, MIO flakes create an inter­woven barrier that enhances the coating’s hardness, flexibility, thermal stability and resistance to impacts, chemicals, moisture permeation, UV degradation and undercutting corrosion. The hard, yet flexible, finish is therefore more resistant to degradation during transport and installation, as well as service, effectively slowing the progression of CUI.

On the front end of a coated asset’s life, MIO-embedded coatings help to prevent premature coating film loss that can occur when assets sit exposed to marine environments and UV light during transportation and while waiting to be installed and insulated. That timing may be several months or longer, during which traditional epoxy coatings will chalk and progressively lose film build when heavy rains wash the deteriorated material away. By the time an asset goes into service, it may have lost a significant amount — or even all — of its protective epoxy coating, reducing its CUI protection.

MIO flakes embedded in coatings help to stop that film loss. The flakes line up as parallel, overlapping particles in the cured coating’s film and act like tiny mirrors to reflect and absorb UV rays, drastically reducing the erosive effects of UV exposure (Figure 1). Chalking and coating erosion rates are therefore greatly reduced. The interlocked shield of MIO flakes also blocks moisture, oxygen and other corrosion-causing elements from penetrating the coating and reaching the substrate. 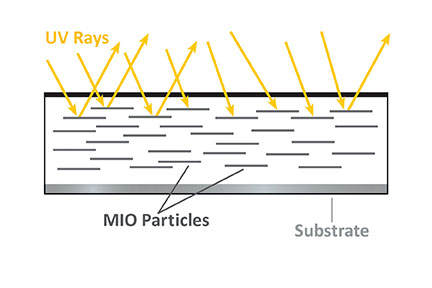 Figure 1. MIO pigments embedded in a coating form a barrier that deflects UV rays to minimize degradation of the coating. The layered pigment structure also mitigates the penetration of moisture, oxygen and other elements into the coating.

Putting MIO to the Test

how the coatings performed

A high-temperature, MIO-infused epoxy phenolic Sherwin-Williams tested for its resistance to CUI showed positive results for use on assets operating from cryogenic temperatures to 205°C (401°F), with excursions to 230°C (450°F). In ISO 19277 testing, the two-component, amine-cured coating showed no signs of deterioration until the temperature approached 179°C (354°F). It also showed no signs of blistering, rusting, cracking or flaking in cryogenic testing.

A high-temperature epoxy based on MIO flake-filled advanced alkylated amide technology has tested well for resisting CUI when exposed to temperatures from cryogenic to 200°C.

This two-component, high-solids epoxy outperformed the high-temperature epoxy phenolic in the Houston Pipe Test, performing well up to 220°C (428°F), and in DFT tolerance testing, demonstrating very good crack resistance up to 19 mils compared to the high-temperature epoxy phenolic, which showed cracking at 9-10 mils DFT. The coating also had excellent thermal cycling stability in cryogenic testing.

The ultra high-solids novolac amine epoxy tested has a high film build capability and excellent edge retention, making it a good choice for higher DFT applications. The two-component coating tested well for mitigating CUI on insulated assets, performing better than the high-temperature epoxy phenolic and high-temperature epoxy in ISO 19277 testing, with no defects up to 200°C. It also had no signs of breakdown in cryogenic testing and performed better than the other epoxies in DFT tolerance testing, with no cracking observed even above 30 mils.

The niche silicone-based IMM material tested meets a wide operational temperature range from cryogenic to 649°C (1,200°F). It is harder than any other silicone coating used in the petrochemical industry, providing superior protection from impacts and abrasions, chemical attacks and moisture penetration. At the same time, the flexible material expands and contracts with the assets it’s protecting during temperature fluctuations. Therefore, unlike epoxies — which may become brittle and crack under thermal shock conditions — the IMM coating can perform well under such conditions.

The IMM coating performed well against the most stringent JIP CUI simulation tests for oil and gas atmospheric systems. It showed no signs of breakdown in cryogenic testing or DFT tolerance testing, including above 24 mils. It also outperformed all the other systems in the Houston Pipe Test, with no cracking, flaking or rusting occurring before 265°C (509°F).

Mitigating CUI is a continuous learning curve requiring repeated testing and evaluation of coatings to enable long service lives and safer operations. As the four tested MIO-embedded coatings are deployed to the field and subjected to the rigors of service under insulation, time will tell if real-world outcomes match lab testing results. With their MIO reinforcements, the coatings are expected to resist damage and degradation prior to installation and effectively mitigate CUI when insulated and placed into service. If field inspections confirm these anticipated results, the industry now has four new vetted options for curbing the challenging phenomenon of CUI.