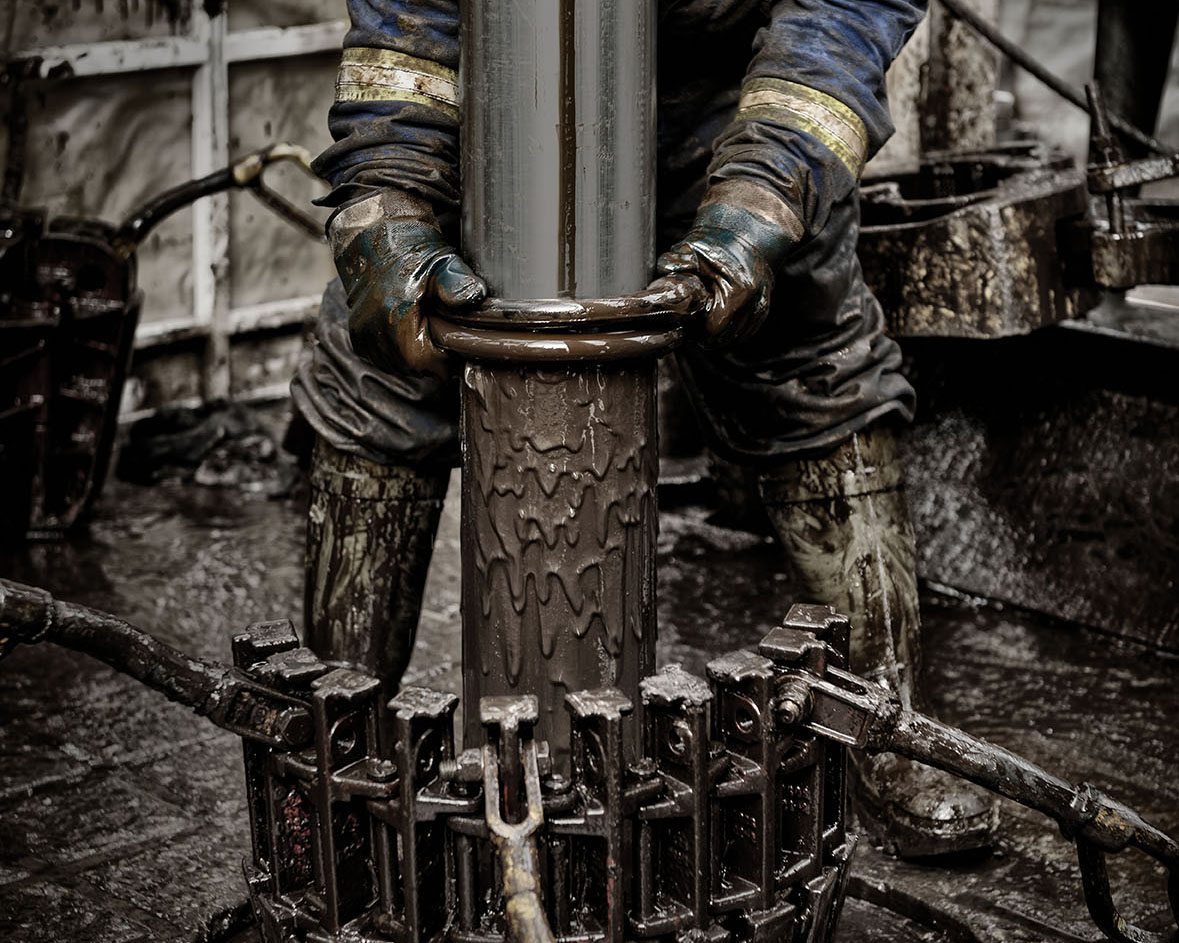 Drilling fluids used in oil and gas exploration activities act as a lubricant to help the drill bore penetrate rock formations, while also cooling the drilling pipe and stabilizing the wellbore. In addition, material cut from the well during drilling floats in the fluid, making the material easier to remove. photo: francisblack / getty images

Efficiencies are essential to reduce costs when managing multi-billion dollar offshore explorations for oil and gas reserves. Even a few minutes of downtime may cost drilling operators thousands of dollars in lost productivity. So, when they need to change out the drilling fluid in their mud tanks to bore through a new formation, they prefer a speedy process.

Unfortunately, quick drilling fluid changeovers are a rarity due to the difficulties of cleaning mud tanks between fluid types. The viscous mud sticks to tank surfaces, requiring labor-intensive scrubbing for every fluid change­out and sometimes the use of cleaning surfactants. Operators must capture such cleaning chemicals for disposal as hazardous waste — an unwelcome addition to the environmental footprint for oil and gas exploration activities, plus an extra cost. Tank cleanings also carry risk, subjecting workers to confined-space entries.

But what if tanks could be cleaned easier — and without environmentally harmful surfactants? Perhaps even without crew members needing to enter them? That’s what Sherwin-Williams Protective & Marine sought to find out when a major oil and gas company wanted to reduce the time, cost, environmental impact and risk associated with cleaning mud tanks. Lab testing of Sherwin-Williams Nova-Plate® 360, a novolac resin-based, flake-reinforced lining that contains the nonstick additive polytetrafluorethylene (PTFE), confirmed the coating makes tanks easier to clean, potentially eliminating the need for cleaning agents — and their subsequent capture and disposal — as well as the need to enter tanks. These benefits could help the oil and gas company reduce the time and expense of exploration operations, achieve its environmental goals and enhance worker safety.

Offshore explorations use multiple types of drilling fluids, which are added to the wellbore being drilled. Operators must change those fluids as the drill bore reaches various depths and formations. It’s vital not to cross-contaminate the fluids, which are recycled, because if their compositions are altered, they need to be recalibrated. Therefore, operators must empty and thoroughly clean every surface inside the steel mud tanks before using a different fluid. The process can take 72 hours or longer, and for each hour offline, a company incurs roughly $30,000 per hour in lost revenue. That equates to millions lost for each fluid changeover. Further, to clean the tanks, one or more workers must climb inside, which requires special confined-space certification.

Inside the tank, workers use high-pressure water, up to 10,000 psi, to wash drilling fluid from the tank surfaces. However, they usually must also scrub the tank interior with a surfactant or cleaning fluid, forcing the need to collect and dispose of the environmentally hazardous material at a high cost — upwards of $60,000 each time for this example.

Looking to simplify tank cleanings, the parties hoped a protective lining could prevent drilling fluid from clinging so tightly to surfaces. That way, perhaps an automated high-pressure water wash would be enough to clean the tanks, eliminating the need for cleaning surfactants and for workers to enter confined tank spaces.

Conducting a 10-week study, Sherwin-Williams experimented with existing tank linings, using a common epoxy coating with no reinforcement elements or advanced chemistry as a control system. Test specimens included two coating systems made by other manufacturers, as well as three Sherwin-Williams coatings, including Nova-Plate 360 with its non-stick PTFE additive.

Sherwin-Williams expected the PTFE-embedded lining to perform well based on the low surface energy of the cured coating. The lining would be a preferred technology if it did, as Nova-Plate 360 is resistant to the high temperatures and variety of chemicals commonly found in drilling fluid tanks. In addition, reinforcement flakes in the coating increase its strength and decrease permeability, making it harder for drilling mud to stick.

In the lab tests, technicians weighed clean panels coated with the six materials and then immersed them in a 55-gallon drum filled with drilling mud at 49°C (120°F). After four days, the panels were removed, air dried for three days and then re-immersed in the heated drum contents. Technicians repeated these steps 10 times, rinsing the panels with low-pressure water at alternating cycles (Figure 1). They weighed panels pre- and post-rinse to see how much drilling mud was picked up and released. Then they completely cleaned the panels with a solvent to determine the surface energy, adhesion and abrasion resistance of each coating post-exposure.

Figure 1. Mud-caked panels (left) were rinsed with low-pressure water at alternating cycles, removing various amounts of mud depending on the coating used on each panel (right). phOTO: COURTESY OF THE SHERWIN-WILLIAMS COMPANY 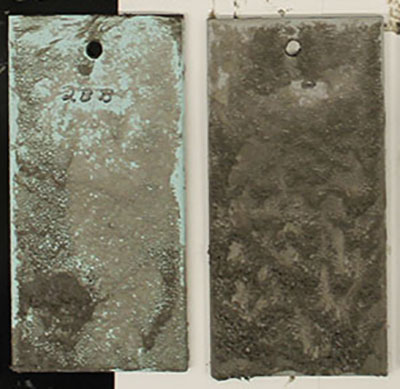 Final results showed less drilling mud stuck to Nova-Plate 360 than any other coating tested (Figure 2), and whatever mud was left on those panels was much easier to clean off due to the coating’s consistently low surface energy. In addition, the coating was not physically degraded, other than an expected loss of gloss, and it resisted abrasion, which also helped with maintaining its cleanability.

The next step for Nova-Plate 360 is a scheduled field test in 2022. A couple of mud tanks will be lined with the coating, and the expectation is that the use of surfactants will become obsolete for those tanks. Further, Sherwin-Williams is working with multiple parties to determine if various cleaning methods and equipment could eliminate confined space entry during the cleaning cycle based on the improved cleanability of the coating. The goal is to cut the 72 hours of cleaning time in half, which would mean a faster return to drilling and significant cost savings — while also eliminating the hazards of confined-space entries.

Eliminating the use of surfactants will also help the oil and gas company advance its goal of reducing its environmental footprint. Helping the cause, Nova-Plate 360 is low in volatile organic compounds (VOCs), which means fewer emissions are released as the lining cures compared to solvented epoxy coatings. Such epoxies can also leave a porous film that allows drilling fluid to stick more readily to the lining, further proving the viability of Nova-Plate 360 as a preferred solution for enhancing mud tank cleanings.